$SPY we came into the week with a furious gap and grind higher on Monday breaking above previous 189 multi-week resistance in true squeeze-like fashion. Unfortunately for the bulls there was little advancement made on Tuesday; Wednesday we faded back to retest the breakout level; Thursday ultimately led to a failed retest and rejection back into the range. We did manage to get a pop late in the day on Friday but as we look at the overall price structure for the past few months we can see we’re back to the same old song and dance. The market remains in this choptastic phase as individual stocks continue to move to the beat of their own drum. The failed breakout this week adds more supply above this 189 resistance so we’ll need to see a little more commitment from the bulls before labeling anything a breakout again. On the downside, this week’s lows at 186.50 are now an important reference point for the bulls to support if they want to continue slugging it out in this range, below there could get ugly. As for my positions, I said I would be a buyer on a close above 189 for a breakout play and I did just that on Monday around 189.30 which ultimately led to getting stopped out on Thursday’s breakdown. Back to the sidelines, sitting patient. 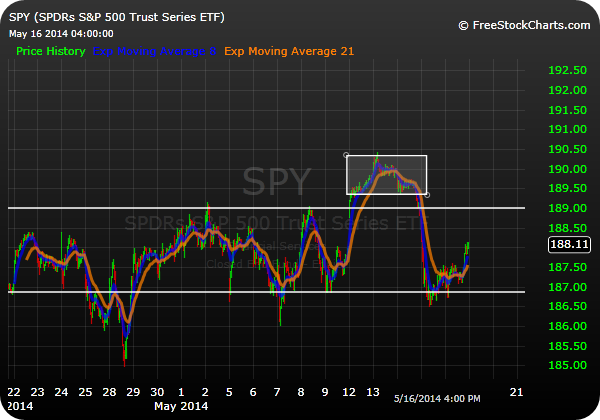 $AAPL still comfortably digesting its recent earnings ramp in this healthy sideways base. Friday’s action was extremely bullish and engulfed the entire week’s price action from a low of 585 to a close above 597. We have the start to some higher lows and higher highs within this range and a break above 600 early next week would be very bullish and could be the start to a new leg higher. Keep this one on watch next week. 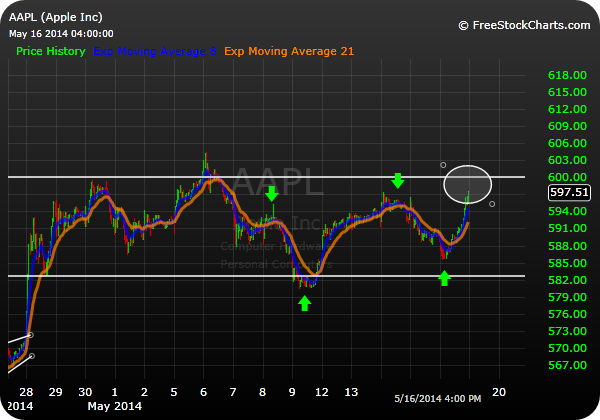 $GOOG taking a break this week after an impressive leg higher last week into resistance. Google is smack in the middle of its recent range from 505 to 532 and you may as well flip a coin to decide whether it’s support or resistance that will be tested next. Range here is clear, stay patient. 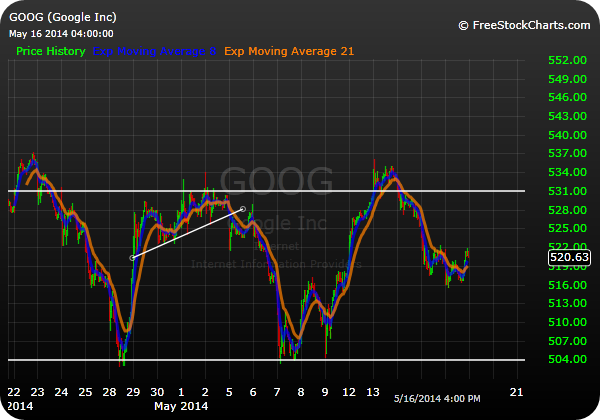 $NFLX so I’m cautiously looking at Netflix within the lense of this rising wedge dating back to the end of April. There is also some longer term resistance going back to the beginning of April at about $355 which could be putting a temporary lid on price and might be the trigger to accelerate price higher out from this wedge. Keep an eye out for tightening price action and watch this wedge develop. 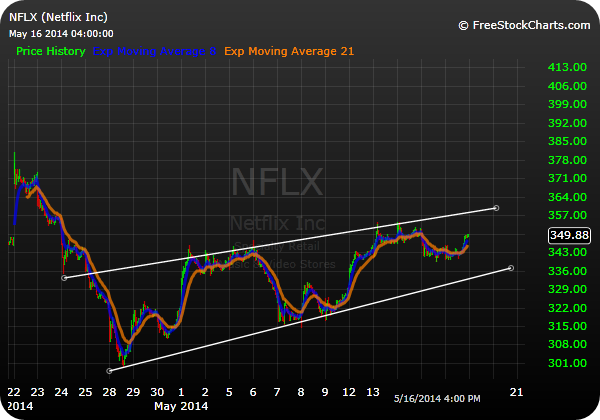 $FB very much the same old story here in Facebook. Price continues to comfortably trade within this range churning up aggressive traders trying to buy strength and sell weakness. Not much to do here until something structurally changes this recent action. On watch. 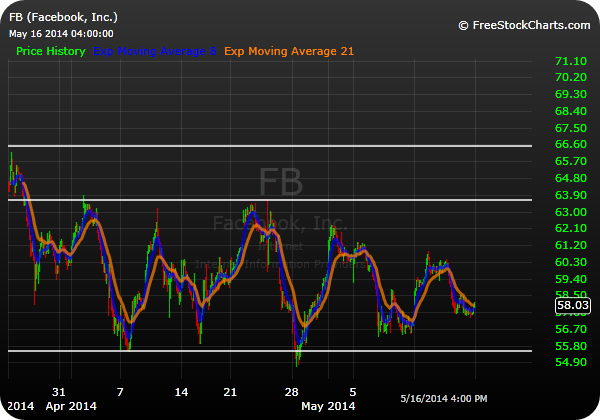 $AMZN another name that is still settling into its recent short term base within the context of an intermediate term downtrend. Amazon needs some more time to tighten up this range and work off some of this overhead supply that has been coming into this market for the majority of the year. Another name to stay patient on. 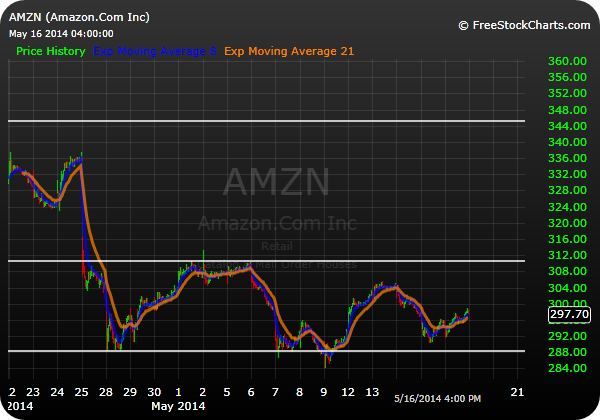 $TSLA some very tight daily ranges in Tesla this week after their earnings report last week. The action suggests the bulls are trying to stabilize the stock around these levels but so far they have not been able to fill the earnings gap or take out a previous resistance level. This 195 level is short term resistance which could unlock higher prices once cleared. On the downside 185, and then 178 are my levels of interest. 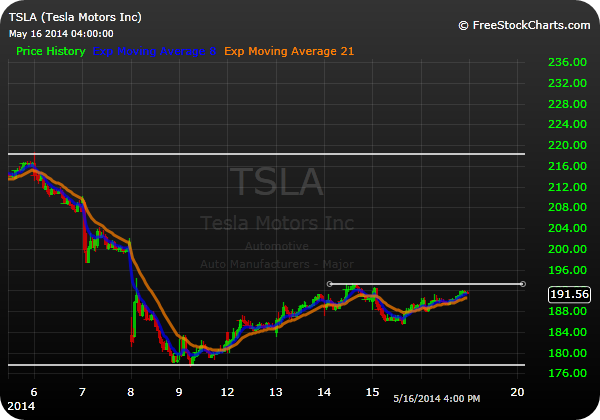