bear bounce to sell or V shaped rally to buy?

$SPY the markets came full circle this week after starting off on a bad foot immediately breaking down below last weeks multi day support line of 177 on Mondays session. Tuesday and Wednesday we chopped around carving out a new and tighter 1.5pt trading range from 174 to 175.50 until Thursday where the bulls finally rallied together to put what would become the first of two consecutive trend up days where we managed to close right at last weeks resistance zone near 179.50ish. Looking ahead to next week we have a few things to consider whether you are a bull or bear.

Lets take the bull case first. Take a look at Thursday’s and Friday’s sessions together and think back to 2013. Anything look familiar? Is this the start to the classic V shaped rally off a 5% pullback? If you are a bull you want to see the market kick off next week with a gap up and ignore this resistance level and continue its advance higher into the 180s. I think if that can happen, the bulls may have something more substantial to hang their hats on going forward.

The bear case simply states this is a “bear market” snap back rally, right into resistance that ought to be sold into. Standard oversold conditions getting worked off and just barely at a 50% retrace from where the impulse down leg started at $SPY 184. Thinner leading stock participation on the way up and key sectors still lagging after getting hit hard such, ie the financials. The bears want to see price contained below the 61.8% retracement from this recent down move to keep the selling pressure on. As you will see in a number of individual stocks below, many names are at short to intermediate term resistance levels which seems likely to cause some pause in the near term bull advance.

Bottom line I think the markets at an interesting spot here. If you were knife catching or keen enough to jump on board this 2 day rally early then I think the “easy” money has just been made and it’s going forward from these levels that will be an important gauge to the markets intentions for the month of February. I would not advise being overly exposed one way or the other at this point. The higher we climb from here, the more bullish I lean and the longer we stay below 180-181 the more neutral to cautious I remain. 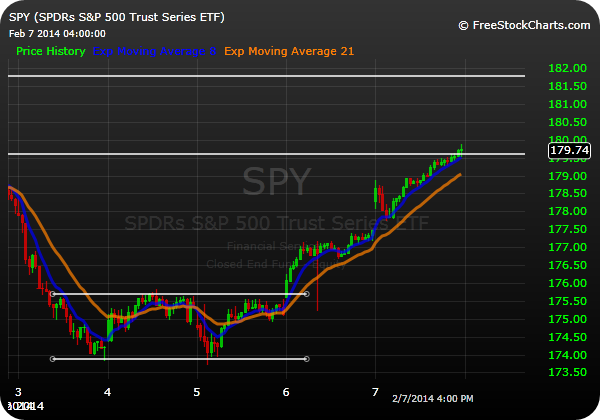 $AAPL acting very well this week breaking into the earnings gap and trading in this well defined rising channel. It sure seems like closing the earnings gap is much more likely if it can continue to grind higher within this channel now that the bulls did some of the heavy lifting below and around the low 500s level. Going into next week we’ll want to watch Fridays low to see if Fridays gap can remain in tact and on the upside 523 would be the momentum trigger for the next bull leg higher. Starting this past week I was much less optimistic about Apple, but after seeing 5 days of price action unfold I am much more constructive in the short to intermediate term. As the old trading adage goes, trade what you see, not what you think. 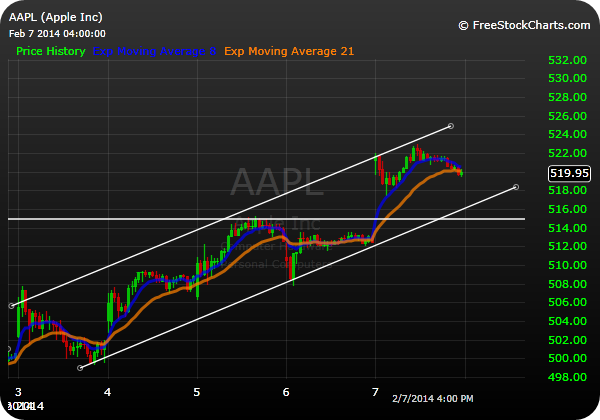 $GOOG few different horizontal lines of interest drawn here as this weeks near term uptrend slices through them all and makes its way back to all time highs. Chart pretty much speaks for itself, price seems determined to tag all time highs and that will be the true level of interest to see who dominates price action around 1188. We could begin forming the early stages of a larger trading range or we might just disregard previous highs all together and keep on pushing higher. Time will tell, I will be alot more interested in long setups above 1190. 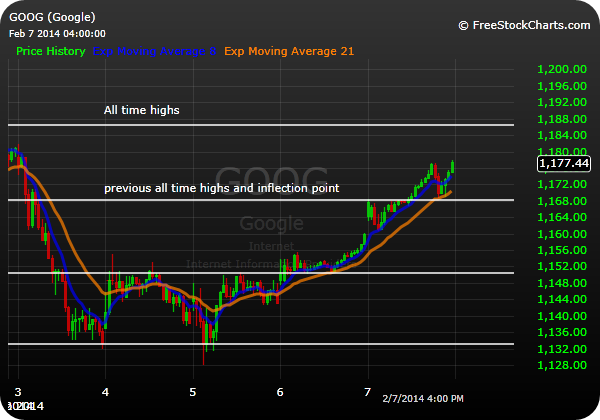 $NFLX speaking of all time highs netflix had a picture perfect breakout from a 7 day tight consolidation near all time highs. It gapped above  prior 412.50 resistance on Friday, gave you a super quick retest and was off to the races. You had to be quick to pay up or be involved from lower in this name to catch Fridays move. Looks great for higher, high level tight base breakouts to new all time highs, what’s not to like? 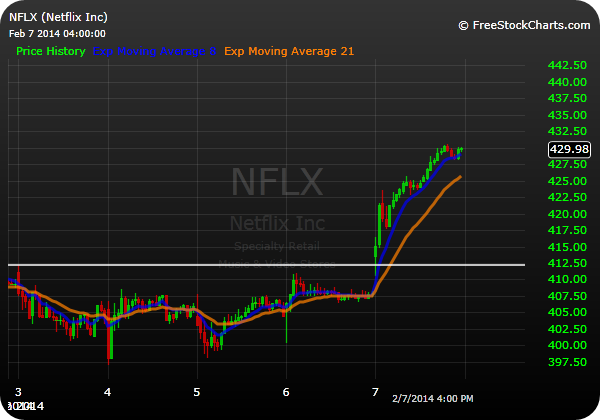 $FB read my $NFLX commentary because its essentially the same exact analysis. Bullish. 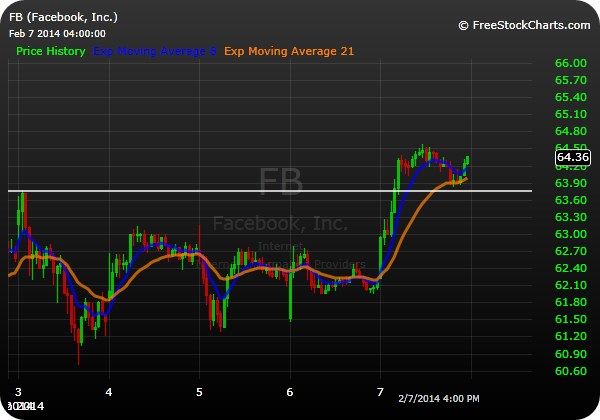 $AMZN so 340 proved to be the short term low for Amazon as it pierced below it on Wednesday and climbed higher and higher  after the failed breakdown. I would expect some minor resistance around 365 but really the next larger level to look toward on the upside is the entrance to the earnings gap down around 375. 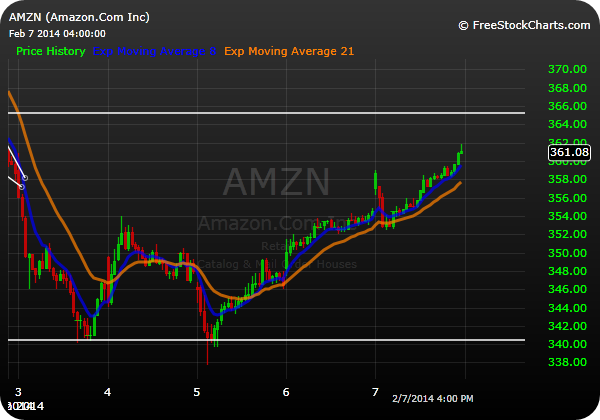 $TSLA another name at some short term resistance, Tesla rallied back to the previous highs around 186 and is knocking on the door for higher prices. We’re already just a stones throw away from all time highs at 194 which could easily come fast if it can clear this level. 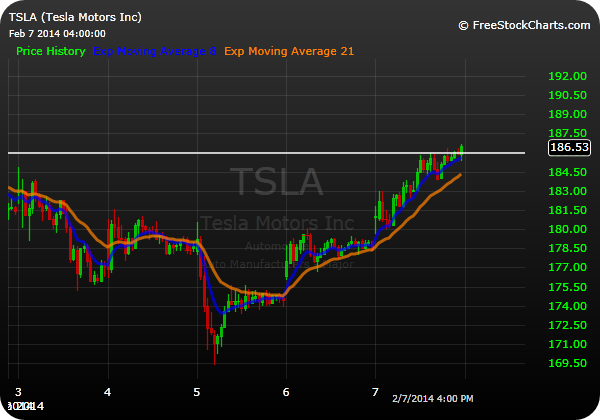