bears have the edge, will they press it?

$SPY this market really picked up speed in the month of September. Two weeks ago we were at the bottom end of this recent range, last week we pierced above resistance and closed at the top end of the range, and now this week we’re back below support and closed Friday in the midst of an oversold bounce higher. Specifically in this past week we’ve broken a key level of intermediate support and we are now in an established downtrend making lower lows and lower highs. Take a look at the two rectangles of chop I have highlighted below and look at the similar upside breakouts in both cases. The bulls are relentlessly defending dips as they’ve been doing all year and early next week we’ll see how committed they are this time around.If they want to prove themselves and negate this downtrend they’ll need to rally us back above 199 (prior support), otherwise they run the risk of falling short and setting up a bear flag bounce for the bears to take advantage of. So heading into next week we’ll want to keep an eye on the lows from last week, approximately 196.30 all the way up to 199, a rather wide risk range. I’m on the bearish side so long as this bounce stays contained under 199, otherwise all bets are off and we could have another V shaped rally on our hands. Things are getting interested here, stay sharp.

$AAPL the risk range is well defined here in this wide 5 point 98 to 103 flat consolidation. We saw some increased selling pressure on Thursday as Apple snapped upper level support and came crashing down into the $98 level falling some near 4% in just one session. Remarkably the bulls mustered up a 3% recovery bounce the very next day suggesting perhaps Thursday’s move was a little over done. I mentioned a few weeks ago Apple might be setting up for an extended period of chop as it digests this past quarters recent run up and it seems to be playing out in just that way. 98 to 103 is the range to keep on watch, everything in between is noise. 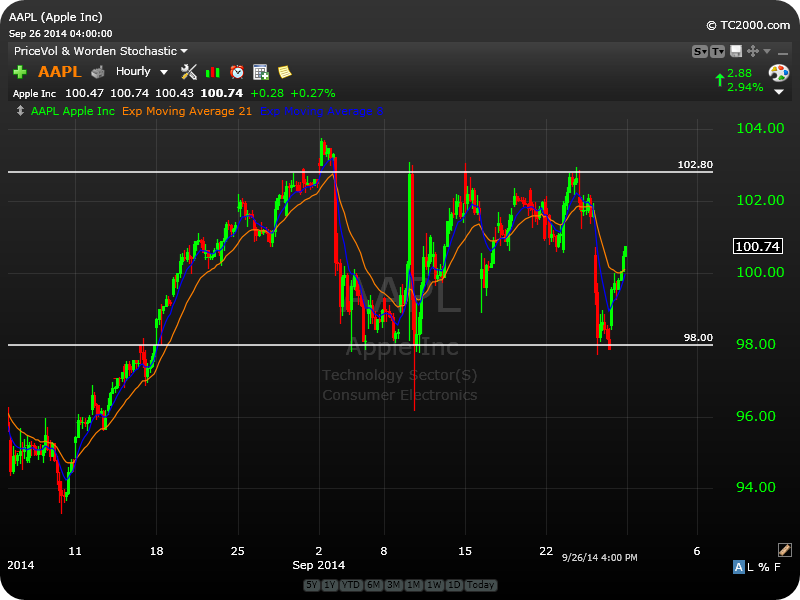 $FB whenever this one sells off the bulls run to the rescue and pick it up off the ground and rally it back to previous highs. Facebook continues to be well bid and grinding out new marginal highs seemingly every day. $78.5 or so was holding as resistance for a couple weeks and after Friday’s action the bulls managed to clear that hurdle and give us new all time highs. I really like Facebook going forward, it’s one of the strongest names out there. I don’t own any right here but I’ll look to be involved on any continuation above Friday’s highs next week. Looks good. 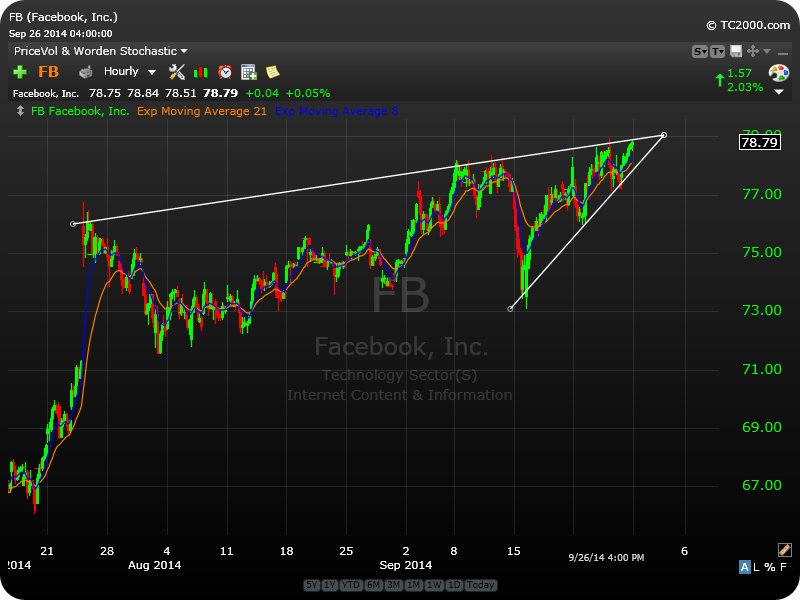 $AMZN has been one of the laggards as of recently. Friday it teetered on snapping an important support level around 320 but luckily for the longs that breakdown proved to be a trap and squeeze into the close. The risk range here is 320 to 332 and the bulls really have to defend that support level if they want to prevent some larger technical damage. There’s not a whole lot of support under this 320 level so further selling pressure could accelerate if it’s broken. Keep an eye on these levels next week. 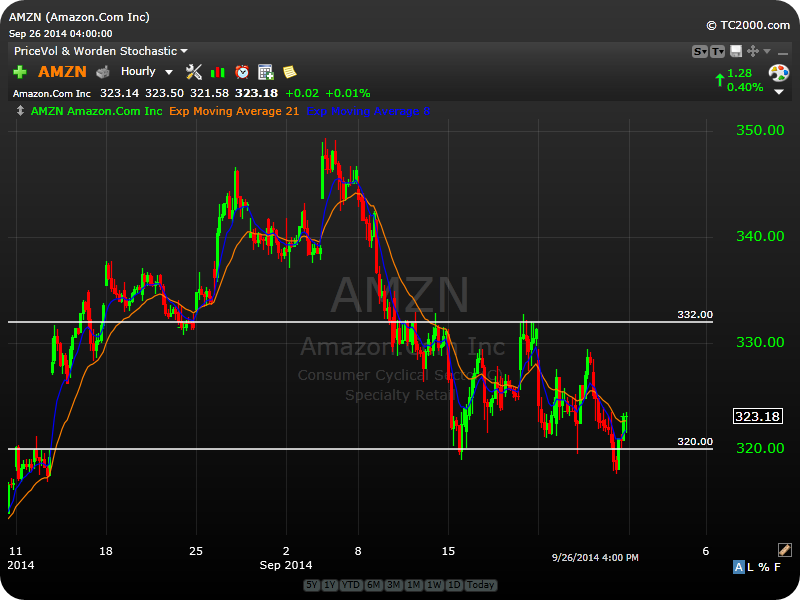 $TSLA similar to Amazon this is a name that’s been showing some relative weakness over the past month. 245 – 250 level of support is what I have been eyeing in Tesla and given the weak close on Friday this does not bode well going into next week. This is one of my favorite short setups going into next week if we can get a little breakdown action below 245 I’ll be looking to jump on board the short train. As for the bulls, they really need to break out above 255+ to regain any positive traction in this name. Looks weak, but keep an eye on 245-255 range next week. 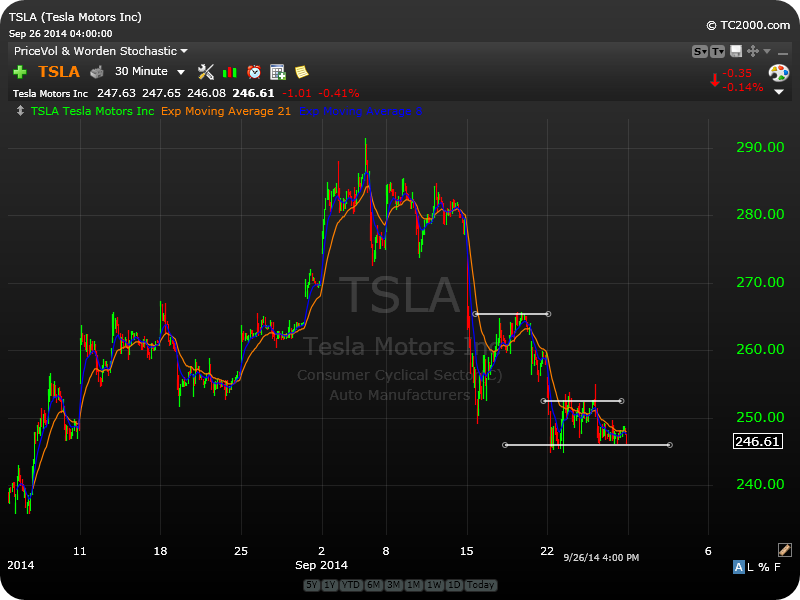