breakdown city- were you caught off guard?

$SPY well it finally happened. What every trader and investor has had on the back of their mind for weeks on end now–The breakdown! We snapped this rising channel that has been in place since mid June and erased basically 2 months worth of price action in just a few sessions. This action is clearly bearish in the short to intermediate term, and while violent squeezes can happen at any time, we really need to remain cautious until price can either move sideways long enough to let the moving averages catch up and develop a base to break out from or very quickly reclaim the 198 level. Neither of which would appear to be high probability scenarios in the near term.

While the bears have a new downtrend in place, and momentum on their side, they still need to be cautious of a potential squeeze higher before any further progress lower. We are oversold on almost all metrics, but keep in mind the old adage, oversold typically becomes more oversold.

The level I have drawn around 190.50 marks the bottom end of an open breakaway gap dating back to May. Perhaps the market is bee-lining to fill that area before making any real attempt higher. The key of course, is to manage risk above all else. Change in character days like Thursday should be used as a proxy to determine if your portfolio was caught completely off guard. If it was, then think about how you can adjust going forward. Stay nimble out there.

$AAPL found itself retesting pre earnings release levels this week as the entire market came under pressure. This $95 level offered support on the first test and for the damage to stay contained, we would want to see the bulls continue to hold this level going forward. The intermediate term uptrend still looks healthy and in tact in Apple. We are above the 50 day moving average and we are still in the process of making higher lows and higher highs. I like the potential for Apple to emerge out of this correction with limited damage, but we’re going to need more time for that to pan out. On watch. 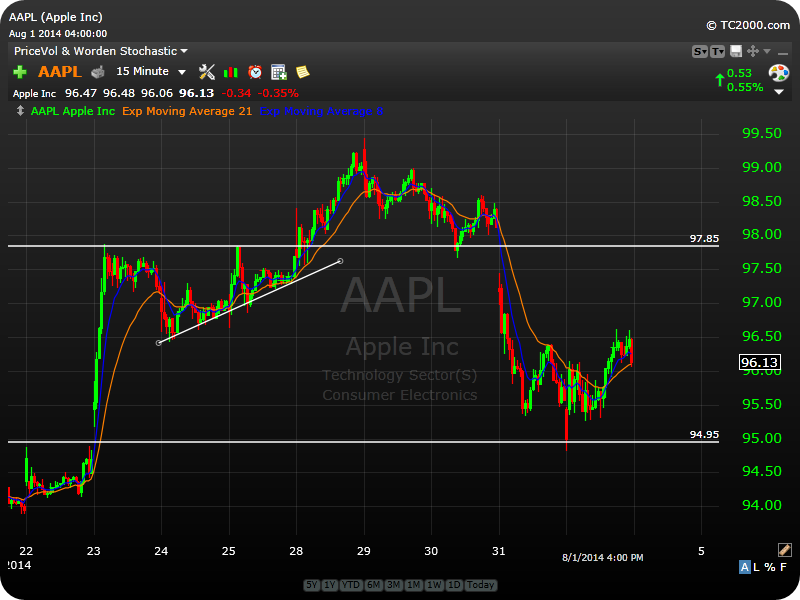 $AMZN i don’t normally showcase daily charts in my recap, but for Amazon I think its best to see the full picture this time around. This is one of the weakest names on my large cap high beta watchlist given its disappointing earnings release and the recent market weakness. Prior to earnings we were in motion to carry out the inverted head and shoulders pattern and retest the March highs at 380 but earnings put an abrupt end to that as the following day we gapped down 40 points invalidating the previous pattern. The buyers made no progress filling any of the earnings gap and instead we continue to slide lower, closing virtually at the lows of the week. This is a broken chart that’s going to need time to settle down and repair. Just a day trading vehicle to me now until further price action. 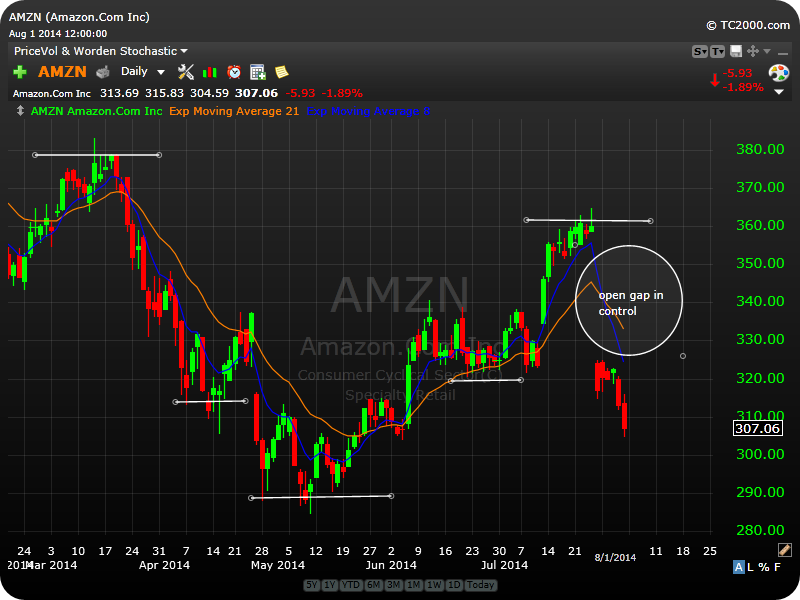 $TSLA reported earnings this week and overall the reaction was fairly contained. It managed to take out near term resistance at 230 and closed a few dollars off the highs of the day. I did take some home long as a swing after entering at a break above 230 and I’ll continue to stay with it so long as it can continue to act well. 245 or so is the next upside level of interest if the 230 breakout can hold, and on the downside one could use Friday’s lows as a tight stop. 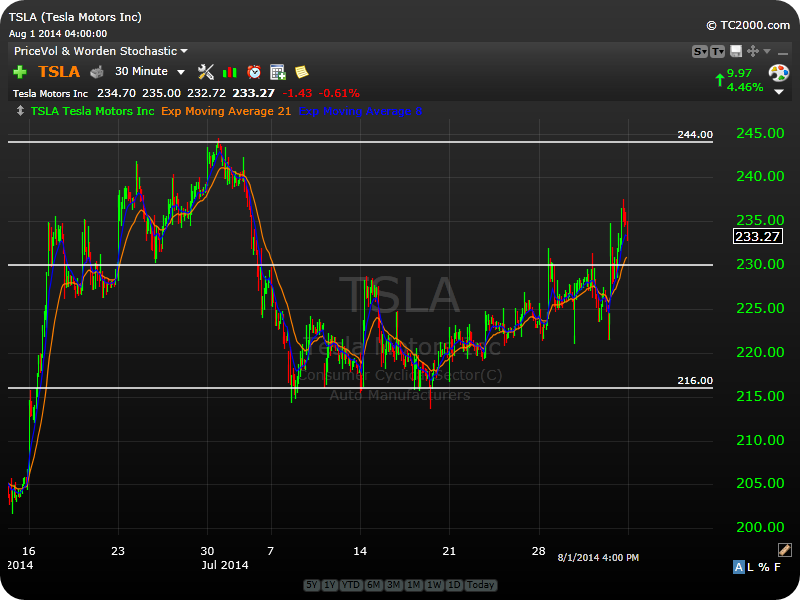 $TWTR an explosion higher post earnings in Twitter with after hours action reaching as high as $52 a share in the name, some 35%+ higher prior to their announcement. Unfortunately for the bulls that was not sustained as Twitter opened the following day around $47 and spent the remainder of the week selling off and filling some of the large upside gap. I’m watching this one very closely next week to see if it can firm up on this $44 level and break this descending wedge to the upside. Twitter’s earnings clearly surprised the street to the upside and one could infer the combination of option writers being offsides and struggling macro conditions this week contributed to magnitude of the retracement. It will be interesting to see how this sets up next week, on watch. 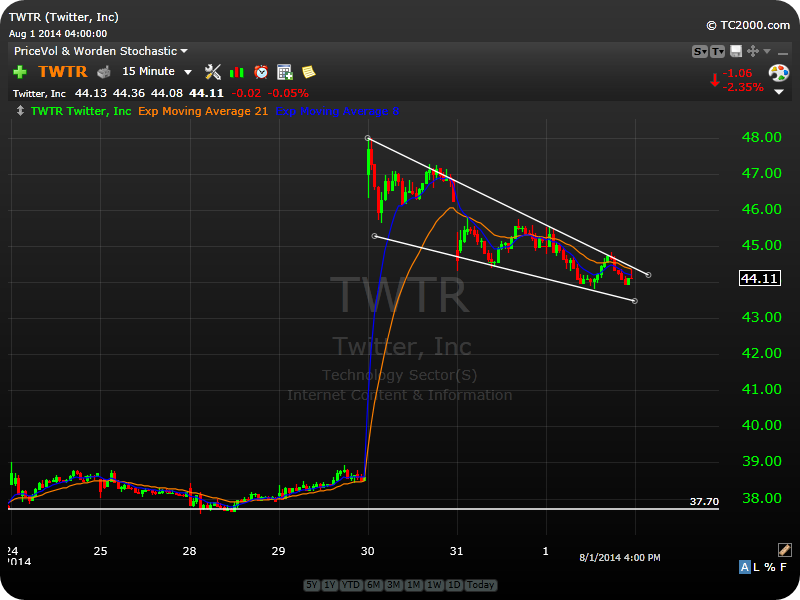