bulls getting it done through the cold 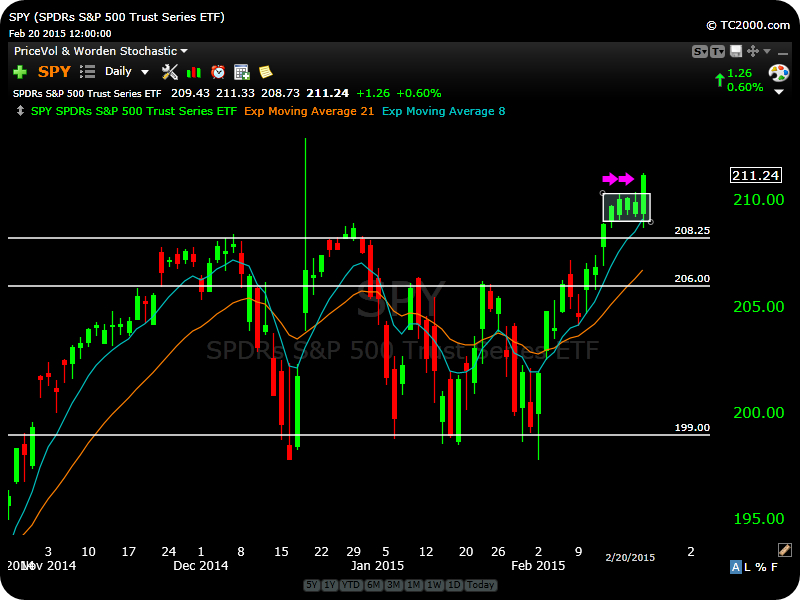 $SPY we saw some nice bullish continuation this holiday shortened week as the S&P500 spent Tuesday through Thursday chopping around this high tight range paving the way for Friday’s breakout above near term highs at 210.30. We’ve been tracking this increasingly constructive price action closely over the past couple weeks and I hope you’ve been able to use this analysis to leg into some long ideas or participate in the indices themselves. Everything is behaving just as you would want to see if you’re bullish and given Friday’s breakout from this recent range we now have a tighter momentum stop (Friday’s low 208.75) as a line in the sand going forward. We’re at the initial stage of a 3 month breakout, which means there can be plenty of fuel left in the tank to take us higher if this rally is the real deal. Bottom line, we look good here for further gains but don’t get complacent. Trail those stops and maintain the discipline. 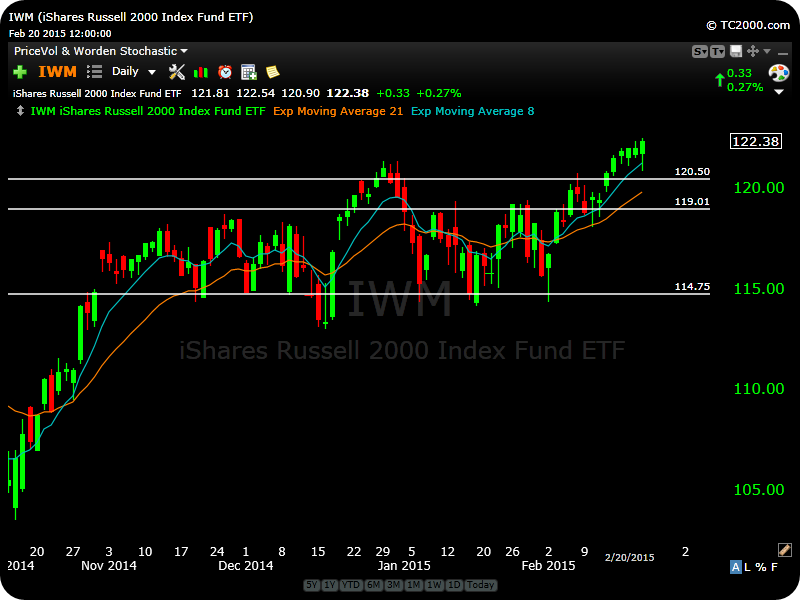 $IWM very similar comments apply to the Russell as I outlined in the $SPY. The key distinction with the $IWM, however, is that this index is emerging from a year long base, not just 3 month highs as is the case with the $SPY. The significance is that we could be setting up for a much more powerful and sustainable leg higher if this is just the start of a long term uptrend. Looks good for higher. 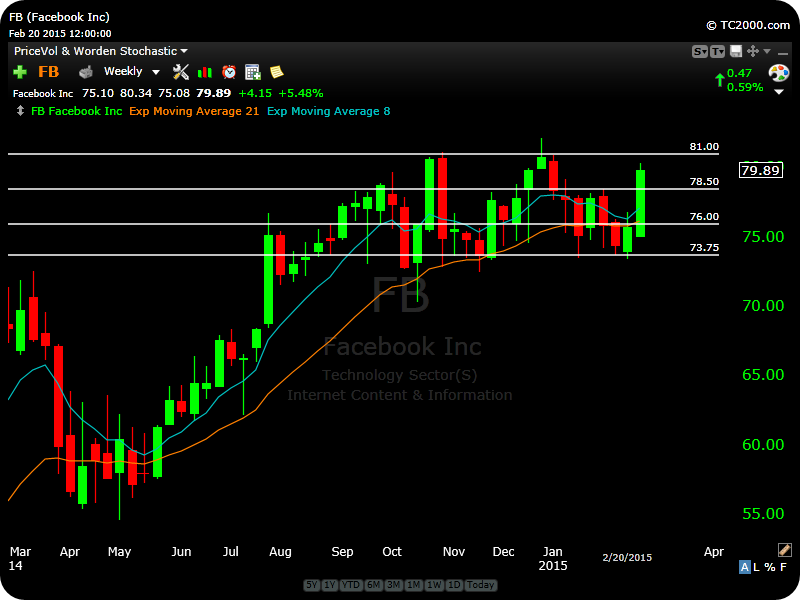 $FB weekly chart of Facebook to showcase the impressive 5.5% move this past week. Facebook has been rangebound from 72 to 81 since August of 2014. It started the year off sluggish, showing signs of under-performance and repeatedly tested support. The important note however was the lack of downside follow-through by bears on all of those tests of support. Fast forward to now and the bullish igniting candle this week suggests a test of the all time highs should be on deck in the coming weeks. $81 will be critical for the bulls to break us through if they are to resolve us up and out of this range. On watch.

$GPRO here’s a name that is not participating with the broad market breakout. GoPro continues to trade cleanly in this downtrend slowly adding layers of resistance overhead for the bulls to overcome when sellers finally dry up. $50 will be an important level for the stock in the near term given the violent 12% reversal bar on Wednesday completely negating Tuesday’s impressive rally. The lows at 42.75 is a near term level to have on watch, but the much larger long term support for the stock is down around 37.50 from it’s post IPO days. Bottom line, GoPro continues to trade within a bearish trend and I see no reason to be involved until we’re back above $50. 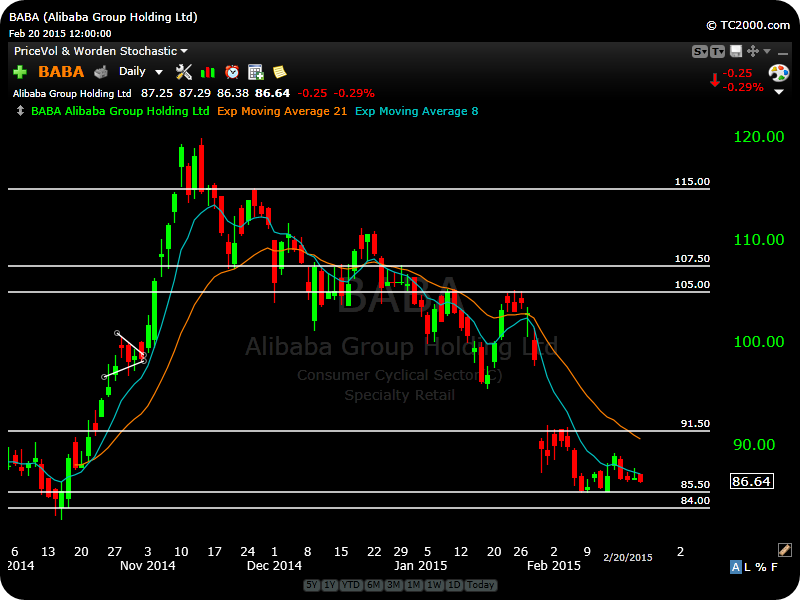 $BABA another name that has been diverging from the indices ever since reporting earnings. Alibaba continues to look heavy here as the stock grinds above this mattress of support from 84 to 85.50. The bulls need to step in here, base this out sideways, and hold this level if they are to reverse this down trend. Also note, $83 represents all time lows in this young name so be sure to have that on your radar going forward. Bottom line, this needs more time to move sideways but keep it on watch for a breakout trade in either direction.