So this weeks recap is not your ordinary Sunday post from me. This post introduces a new figure head here at the trade risk. A staple to the trade risk brand going forward. Ladies and gentleman, I give you the trade risk owl [attention to the banner up top of the site]. I was recently thinking how I need to bring some more life to my site and quickly decided there was no better way then to introduce a mascot of sorts. It was an easy decision at that point, I have always had a fascination with owls, mostly because they are so badass looking, and such clever stealth like hunters. So the logo may evolve a bit, but the owl is here to stay. Now onto the market.

$SPY 5 days, 1 fomc meeting, 1 quad-witching, and 1 ex dividend later the $SPY closes two points higher from last Friday. Last week I wrote about the sellers probing support levels but their traction came to an end on Wednesday, immediately following the fed minutes, where we ignited to new all time highs. The market continues to act well making higher highs and higher and lows while putting in healthy digestion patterns along the way. Wednesday gave us a new short term breakout level to use as a line in the sand to measure momentum and for me that is 194.50. Larger more intermediate term support remains at the 192 lows we made  2 weeks ago. Embrace the uptrend and look for ways to get long this market instead of spending too much time trying to fight something that just isn’t there. Not much else to add, Let the good times roll. 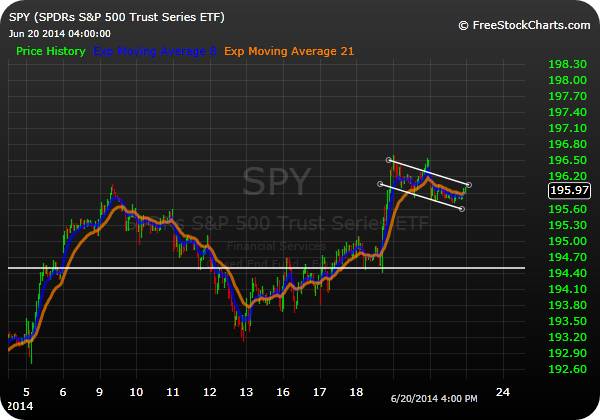 $AAPL virtually nothing has changed with Apple this week as it continues to hang out here in a real tight sideways base between 91 and 92.50. The close on Friday was bearish but there are so many shenanigans with this stock on a quad-witching day it’s tough to put any weight on that final hour move. If next week Apple definitively loses this 91 level then it would suggest further corrective action is to be expected and we would expect a short term downtrend to emerge. Tight flat base ranges are some of my favorite breakouts and breakdowns to trade so depending on Monday’s action I would potentially look to get on board a breakdown if it so happens to trigger. Long term the trend still remains up. 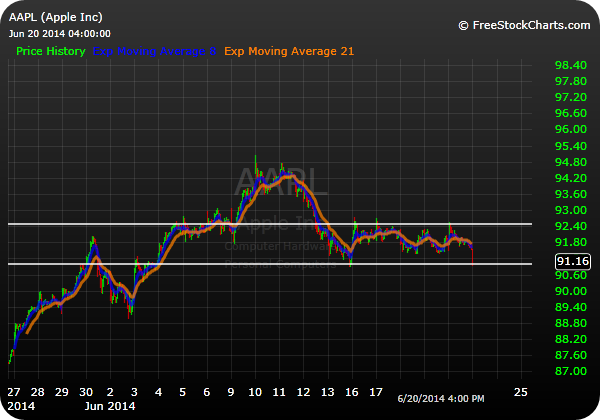 $GOOGL solid week for Google clearing back above 552ish support zone and making a run towards the recent highs. The next short term hurdle for the stock is this 572-575 zone and if this short term uptrend remains in tact next week we should see a test of those highs sooner rather than later. On the downside there is some near term support right around 560 and then larger support is the double bottom around 550. Overall, somewhat of a holding pattern for Google right now. 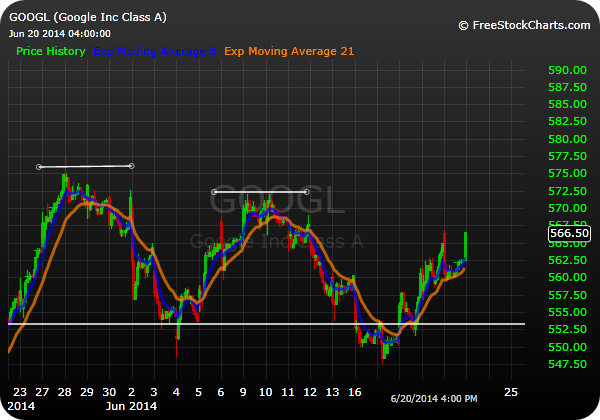 $NFLX tried to make a run for it this week to new all time highs but it was held back after testing into the nice round 450 level less than $10 from all time highs. I feel like i can sense the hate building for this stock from a sentiment standpoint and it feels like we have a bunch of sharks circling the waters for short setups. If your in that camp then at least wait until the stock breaks through a support level it otherwise shouldn’t have before getting aggressive. The trend is still firmly higher highs and higher and lows and I’m just trying to find a stable enough base to get on board. I would be stalking a long entry next week if the stock can rally around / above 445. 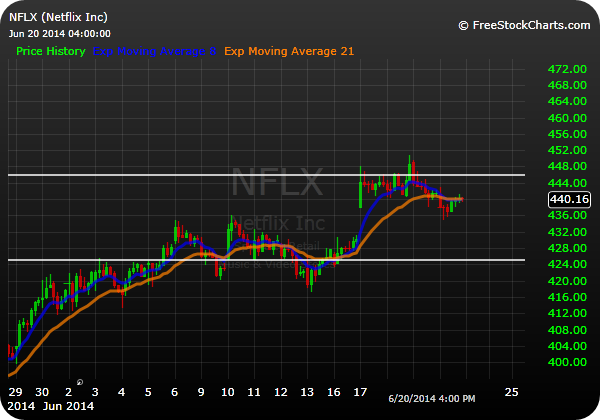 $TSLA i talked about the recent relative strength in Tesla last week in my recap and mentioned it was #1 on my watchlist looking for a break to the upside. It happened fast on Monday morning (pink line on the chart) but if you were ready for it then you had a chance to get on board. I did pull 5 points out of it on a day trade and about 10 points on some options that were suppose to be for a longer hold. We saw a little continuation from Mondays thrust higher but for the most part Tesla spent the entire week digesting that breakout very nicely and appears to be setting up for another leg higher. Again, this is one of my favorite setups going forward and I will be looking for more upside above 234. 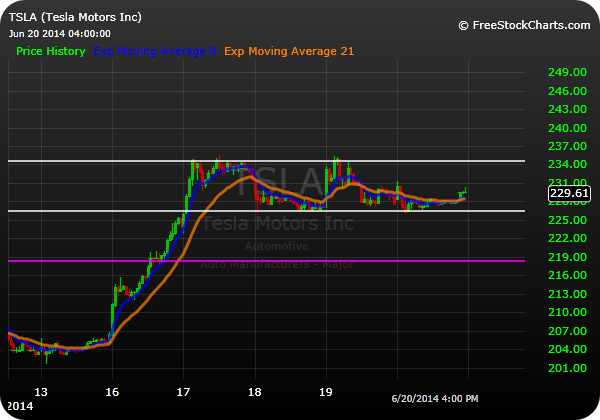