$SPY despite all of the movement this week in both individual names and the indices the S&P500 ended virtually flat on the week. You can see highlighted in this rectangle are the violent rips back and forth in this ~1 point range throughout the week but we did manage to close on the highs Friday. I talked about this 194.50 area (previous breakout level) being the line in the sand for the bulls to hold in last weeks recap in order to keep momentum in this market and so far they’ve succeeded. We don’t quite have a confirmed higher low at 194.50 until the bulls can rally us above previous all time highs but we can see that it is trying to take shape here in order to keep this uptrend alive. On the downside 194.50 became a more important level of support to hold after this week of trading. It’s choppy out there but remember the long and intermediate term uptrends are still higher and in tact until proven otherwise. We’re going into a holiday shorterned week and fourth of July here in the US typically is the official kick off of light volume summer trading. 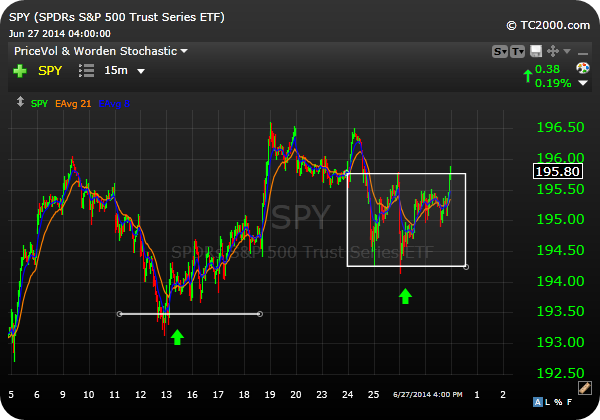 $AAPL started off the week continuing its ugly downside slide but some late bullish reversal action on Thursday and all of Friday was enough to reverse the entire week and close higher, printing a nice potential weekly reversal bar from this short term downtrend. 92.50 is the real nut to crack in this name and above that level is likely to unlock a retest of the recent highs in relatively short order. A name that has been under pressure ever since it’s split is finally showing some signs of stabilizing. Keep it on watch. 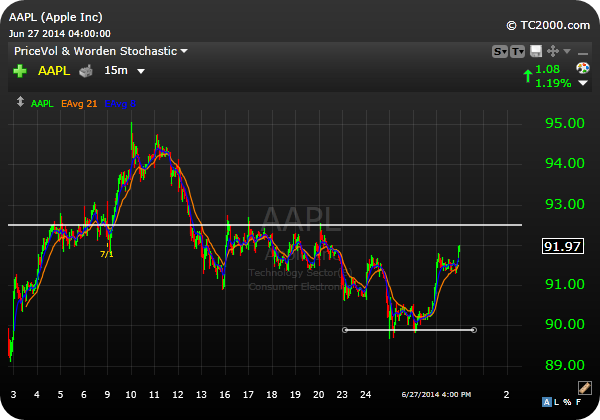 $FB some very volatile action early in the week in Facebook ultimately resolved higher after printing that large green expansion bar (circled on chart) followed by a drift higher above recent highs and then settling in and digesting a bit below 68. Facebook looks great for higher prices and I will continue to look for long setups into next week so long as support levels continue to be respected. The immediate risk range to look towards is 67 – 68 and more intermediate support is around 65.75. 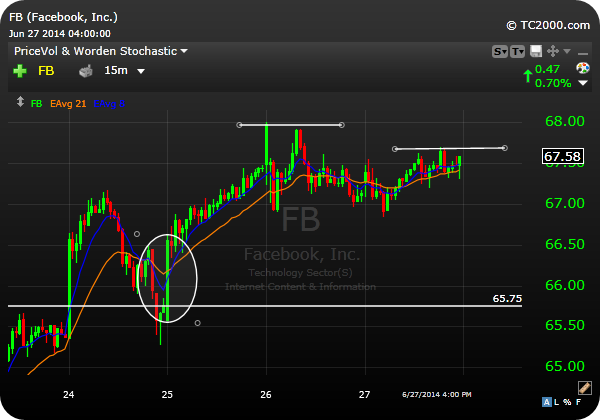 $AMZN i love when high growth stocks coil up in a tight basing pattern for multiple days, it sets up my favorite breakout patterns. Amazon is one I’ll be watching closely as it seems like it is only a matter of time before it busts a directional move. 330 is the trigger I would be watching to get involved for an upside swing and looking at the previous months price action you can see Amazon is really just developing one large flag ever since its run from $305. On the downside this flag becomes vulnerable if price fails to hold onto 320ish. 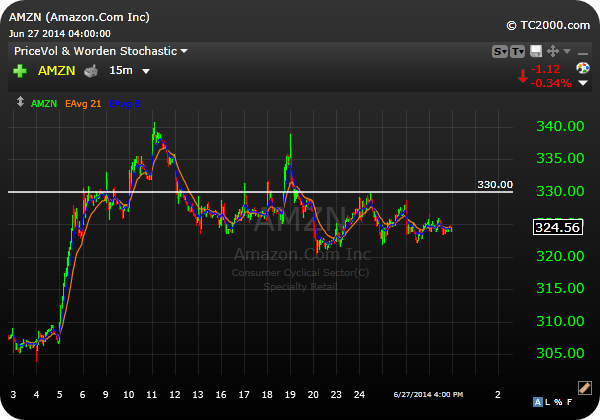 $TSLA here is another name that is acting well ever since it’s breakout above 218. You know there’s pent up momentum in a stock when it experiences a powerful upside breakout and then proceeds to grind higher digesting the move instead of the typical retracement, or at the very least sideways consolidation. 240 is the ceiling Tesla is bumping up against and above there is likely to unlock further momentum follow through to the upside. Downside targets are on the chart, 235, 225. Looks great. 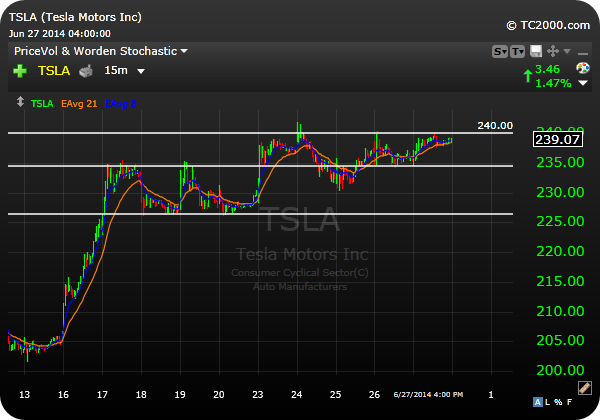