the easy money bounce is over

$SPY coming into the week  well oversold by almost all standards we got exactly what one should expect to happen, an entire week of bullish bounce-like action working off those oversold conditions. In the past two weeks now we have seen a large impulse move to the downside followed by about a 50% retracement as of the close friday. So for that “intermediate” timeframe the bears are still in control. The bulls have just made the “easy” money this week but now the gains will be harder fought to advance above fridays highs of 162 and into the open gap. In the coming week(s) it will be important to measure how much of this rally the bulls can hold onto. The longer price can hang out in the upper 50% of this past weeks leg higher the more likely it will  make a successful assault on the open gap. Bottom line. I would like to see some digestion and sideways action before attempting to push higher and I think 158 on the downside sets up as important support for the bulls to hang onto. 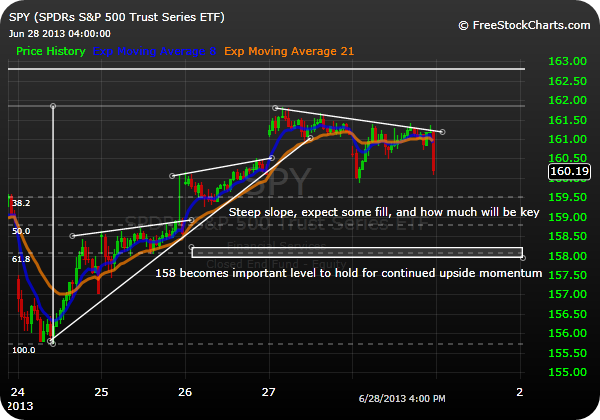 $AAPL we spent the week in this descending channel making lower lows and lower highs. Fridays action accelerated to the downside but we saw the bulls stepping in below 390 pretty aggressively and pushing price all the way back to the top end of the range before double topping and rolling over at the end of the session. Clearly a bearish pattern that continues to under perform the indices however based on Friday’s action I would be on look out for a break up and out of this channel for a trade up to 415ish area and above that a retest of 430. 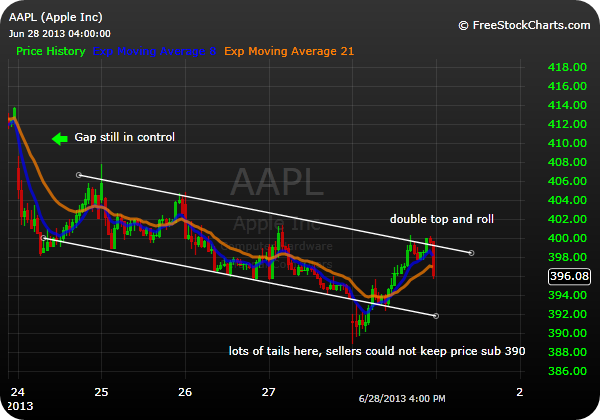 $GOOG very healthy action this week basing and breaking out of key price levels. The Levels are pretty clear here, 885 875, 865 and if we can work through the 885 highs from friday then the big ol 900 level should come into play. Not much else to add, know these levels and play the ranges, behaving very well technically. 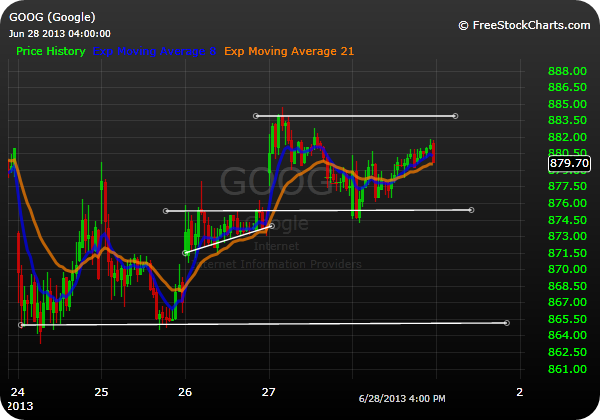 $NFLX had a choppier week then most due to some downgrades and company headline news. It’s tightening up here in this semi symmetrical triangle and I would expect to see a resolve soon. On a larger timeframe of Netflix you will notice it is sitting in the bottom end of a 2 month range and if this triangle broke to the downside below 205 and into the ER gap it could get real ugly real fast. However, I tend to think the resolve will be to the upside as the bears have not made any progress in the past 6 months on multiday bear raids in this name. Further, I believe buying these lows under 210 sets up a decent long swing with an easy stop below 205 if the bears can enter the gap. And this of course would assume you believe the worst is behind us as far as market correction. 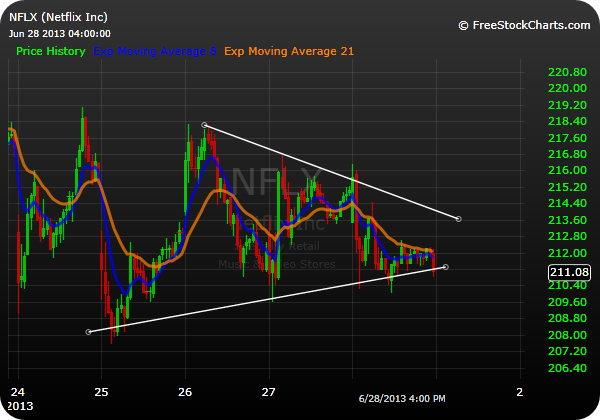 $FB continues to march higher into this larger critical resistance zone around $25. It is definitely bullish action and I think there is potential for a good sized measured move higher if it can crack above this 1 month range above fridays highs. It could definitely use some more time basing but ultimately it seems it is only a matter of time before it breaks out and the bulls get theirs. I suspect they might just gap it above $25 one day, maybe even tomorrow, causing lots of traders to chase the breakout higher if they’re not already in it. In any case I will try to be involved for the breakout. 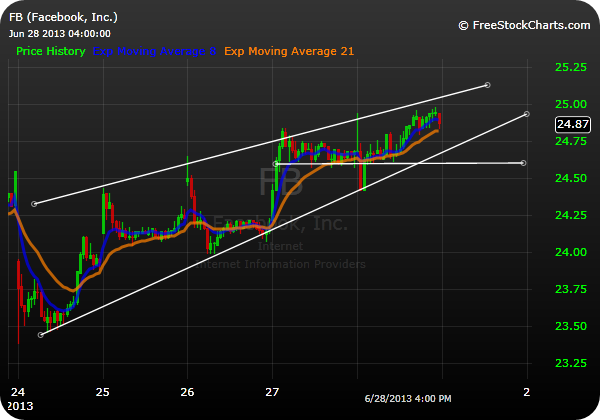 $AMZN I continue to remain very bullish on amazon and this is another name I believe an upside breakout is all but a matter of time. Hanging around within $8 of all time highs this is a name that gets very attractive above 285. Amazon in general can be very choppy and to me I want to see this name make new highs before I get involved. 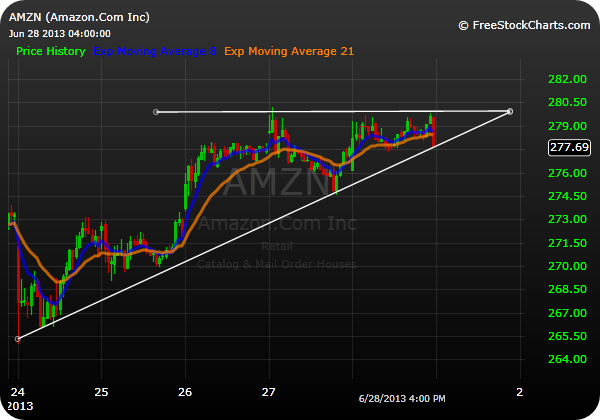