$SPY last week in my recap, bulls driving higher on cruise control I talked about the likelihood we continue in motion higher to tag all time highs set at 184.94 and if that happened we should carefully asses the markets reaction around those levels. It took until Wednesday when we traded 1 penny above those all time highs before getting violently rejected for the remainder of the day. That was a bearish event, however. Thursday we completely reversed all of that downside action and fell just shy of tagging those highs for a third time before pulling back again. Overall I consider this relatively constructive action for the bulls, but for a true second wind of momentum they really need a definitive break above 185. Until we see that we have immediate risk all the way down to Wednesday’s lows at 182.60ish. The bulls really want to put in a higher pivot low above 182.60 to keep the pressure on the bears and keep banging against these all time highs. Meanwhile the bears really don’t want to see the bulls test 185 again, the more tests, the more likelihood of an eventual break. The bulls still have the ball at this point and it’s not going to change until the bears prove themselves and take it away. If you are bearish then you want to see a breakdown with authority come sooner than later. I added one more long to my swing portfolio this week and I covered my two shorts. I’m about 60% long right here. 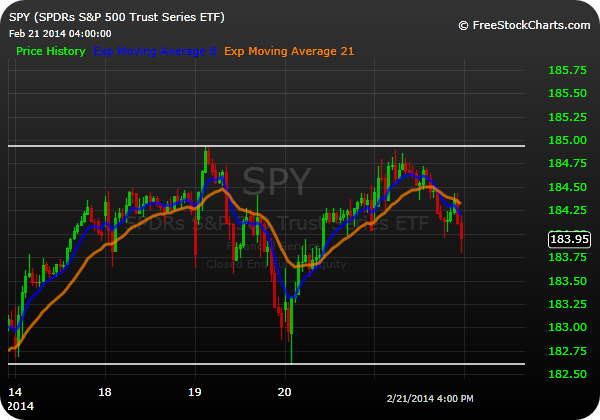 $AAPL we got that pullback we were looking for in Apple in this wek, if you missed my short trade setup last week go back and re-read it here. Last week I mentioned I was short Apple from 544 so here’s how I managed this weeks action. Tuesday started off strong for the stock and gave alot of clues early on that it wanted higher. I talked about a break above 547 as a tight stop for the swing short and I did just that, intraday when we traded back above 547 I took the trade off for about a 3 point loss. I watched closely for the remainder of the day and when it started breaking down in the afternoon I put my short back on at 545 in change. I held that position into Thursday where I covered it around 533 for a net result of about +10 (after factoring in my initial stop). Sure it’s a premature exit but I am generally bullish on the market and I do want to be greedy with countertrend trades especially when seeing Thursdays market strength. Looking at the action going forward, it still looks comfortable trading in this falling channel and it seems likely that it may want to fill the open gap from 2/7 down around $514. Watch this channel heading into next week, bulls really need to reclaim 535 to show some signs of life otherwise it’s the bears turn to run with it. 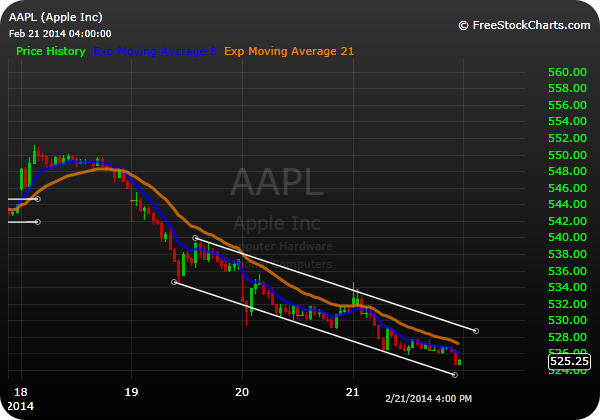 $GOOG taking its cue from the indices, Google seems range bound near all time highs in this horizontal channel. 1197 to 1213 watch for price to confirm a breakout, otherwise trade the range and don’t get chopped up. 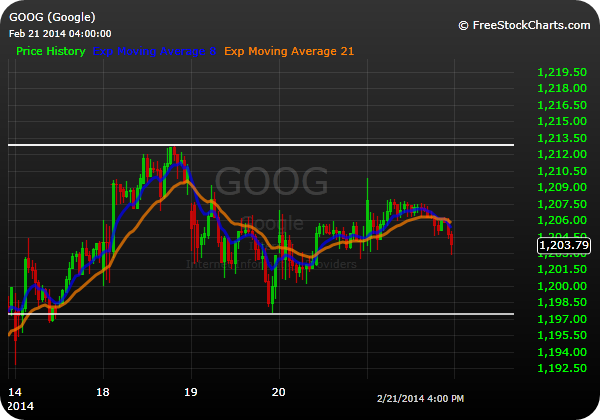 $NFLX this broadening formation is still taking shape near all time highs. Overall the price action is a bit sloppy and not exactly what you want to see if you are a bull. It hasn’t done a whole lot wrong however you would much prefer smaller bodied controlled candles with less volatility. Fairly difficult to trade something like this, I am putting it aside for better setups and waiting for more clarity right now.

$AMZN expanded out the time frame here to show the bigger picture. After getting slammed lower off of their earnings report Amazon has based between 340 and 365 for about 3 weeks now. I took a position in it on Friday around 351 after a promising early morning run but it reversed later in the morning and continued to fade into the end of the day where I took it off around 348 thinking its just not ready yet. I’ll continue to watch this name for a swing entry, for now though, it’s just a waiting game. 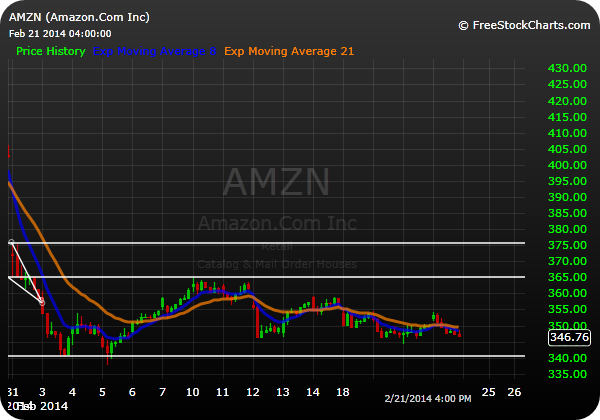 $FB this leader continues to act well despite seeing a rejection on the retest of the highs at $70 on Friday causing a fade lower into near term support to finish off the week. If we do see some continuation lower and a break from this 68.50 near term support then risk does open up to Thursdays lows at 66. Overall on any longer term time frames this is trading in very bullish alignment and there’s just better looking short setups out there than Facebook.

$TSLA better than expected earnings broke Tesla out into the 200’s and new all time highs. In my last post I wrote that I really wanted to see Tesla clear previous highs and show commitment to higher prices before getting involved on the long side and its sure on the way to doing that now.  Keep an eye on this triangle that its forming and let’s see if the bulls can hold onto this earnings gap. As I always say, I love stocks at all time highs, and the more the better. 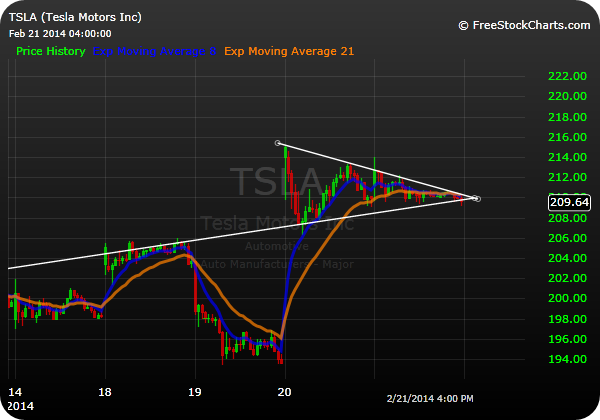