$SPY what a difference a day makes. I am talking about Wednesday post FOMC where the federal reserved announced the start of a TINY reduction in their ongoing asset purchasing program. The market responded very favorably, buyers stepped up, shorts got squeezed and we knee-jerked all the way to previous all time highs from 178 to 182 in a matter of 2 hours. You either had to be quick to jump on board or you had to have exposure going into the release otherwise if you blinked you might have missed the breakout. Wednesdays action very clearly sets the tone for the rest of the year and sets up for a nice bullish January effect to kick off the new year. All time highs, bears failing to break down the market again, final days of the year, all point to a light volume bullish bias float higher for the remainder of the year. 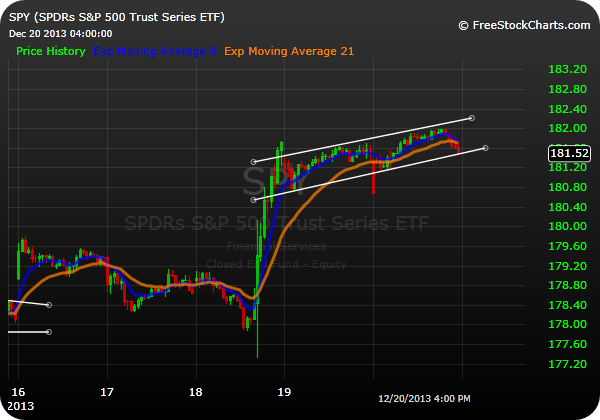 $AAPL gapped down on Wednesday below recent support off of some headlines about the China Mobile deal and Apple not being in the bag yet caught some longs for surprise and traded sub 540 prices before reversing hard with the market off of the fed announcement. Seems likely that was a nice short term shakeout that could spark a bullish reversal to this several week decline if the bulls can break and hold above 550 and close the gap next week. If they fail, then expect a retest of  544 and then 540 lows. I took a half sized position long home in my swing account from 548 with a stop against 543. 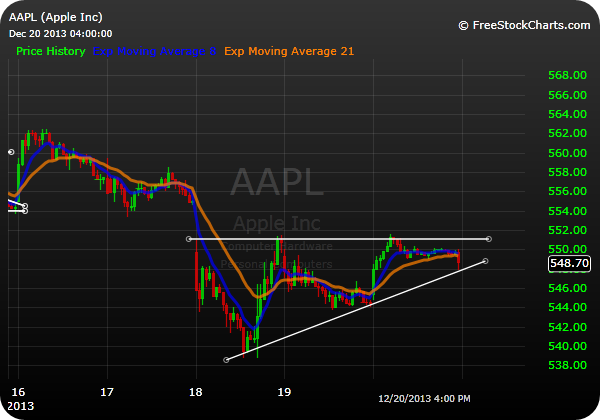 $GOOG great move in google that I unfortunately missed out on in my swing account this past week. It cleared previous all time highs and Google looks great for higher prices. This is a name I will be watching closely for long trades and a possible swing entry if something makes sense next week. Perfect year end melt up candidate. 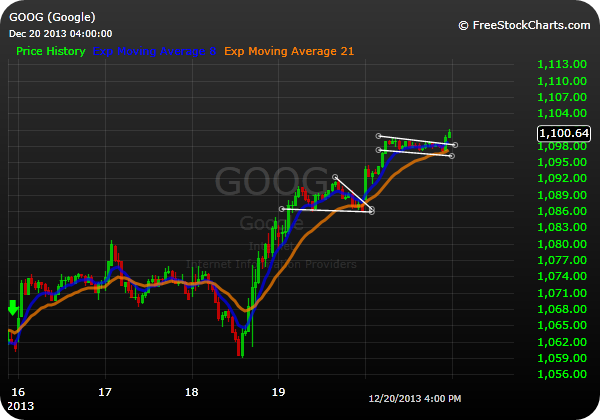 $NFLX still chugging away to the upside with lots of back and forth grinding action. Tough to keep a tight stop in this name as most upside moves seem to put in a decent sized retracement before rinse and repeating. I still like the name, 380 seems like the next momentum trigger for higher prices otherwise buying dips into support has been working. 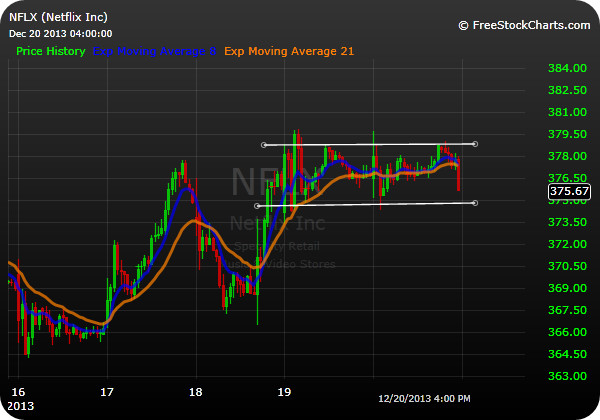 $FB 4 healthy days of consolidation at all time highs between 54 and 55 dollars has me liking the setup here in Facebook  into the end of the year. $54 to $55.50 are the levels to watch for continuation.

$AMZN I have been watching this the multi week tight range build in Amazon between 380 and 390 for a breakout move and we got that trigger on wednesday, along with everything else. New all time highs, no upside resistance, loving this to the long side into the end of the year. Few weeks trading within a tight 10 dollar range should have more pent up energy than this initial 15 dollar move.

$TSLA expanded out the timeframe here on Tesla just to get a better idea of the price action landscape. Tesla fell back into the prior rising channel its been trading in between 135 and 145 and it seems like it could get comfortable in here digesting the recent moves over the past month. Bulls really want to see 135 hold to put in a “good” higher low above the November 120 lows. Not an A setup for me either way, there’s better charts to look at. 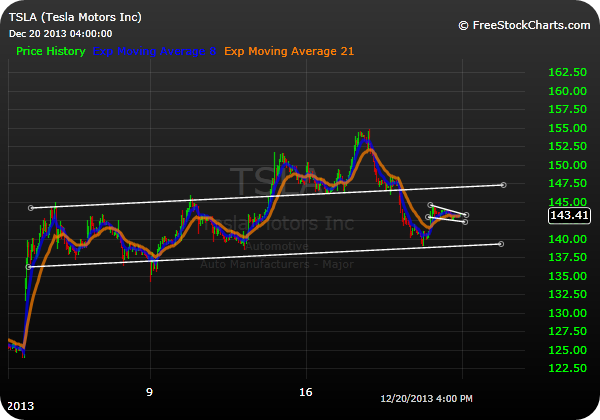