$SPY we had some nice digestion this week after an explosive two weeks to new highs and after all was said and done the bulls managed to close us on the highs going into the holiday shortened week. This weeks action proved healthy as the market reconfirmed that buyers are still in control here eager to buy dips. Our pattern of higher lows and higher highs are in tact on every time frame of the $SPY and it continues to pay to be a believer in this rally rather than to fight it. The low from last week is the new level of support I’ll have my eyes on going forward (199.40) and so long as we stay above that level then there’s not a cloud in the sky. Volume, vacations, and seasonality are all hot topics right now used to frame the recent price action. All are interesting points for debates, but none of them add any value in helping me make money,  it’s just not data I care about. Keep it simple, watch price structure and forget about the noise.

$AAPL back to new all time closing highs, this one looks great for higher prices. It spent Thursday and Friday wedging up against 102.60 and it looks ready to make a short term move again soon. Apple’s new product announcement which is largely anticipated to be the iphone 6 and a new wearable device is scheduled for September 9th. A stock at all time highs, product announcement right around the corner, and great technicals, what’s not to like? 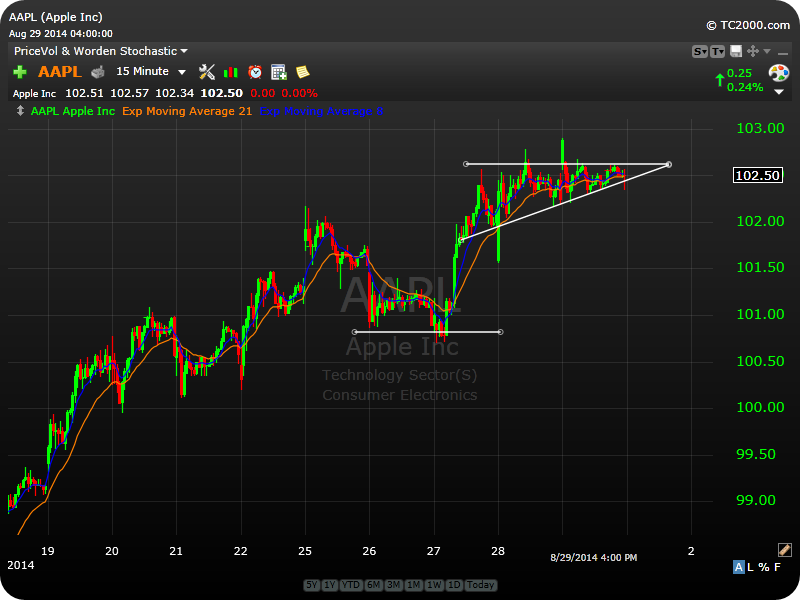 $GOOGL not everything has been seeing higher prices day in and day out and Google is a good example of that. This one has been caught in a multiweek downtrend now but it finally seems to be showing some signs of stabilizing around 580. Longer time frames, it’s easy to be bullish on Google as the trend still remains higher, however that could change if it can’t get it’s footing soon. The level I’ll be watching in order to become a more interested seller is 565. Below there, would suggest to me that perhaps a lower high was put in this august as compared to the all time highs in March. Sitting and waiting for now, but I’ll keep it on watch. 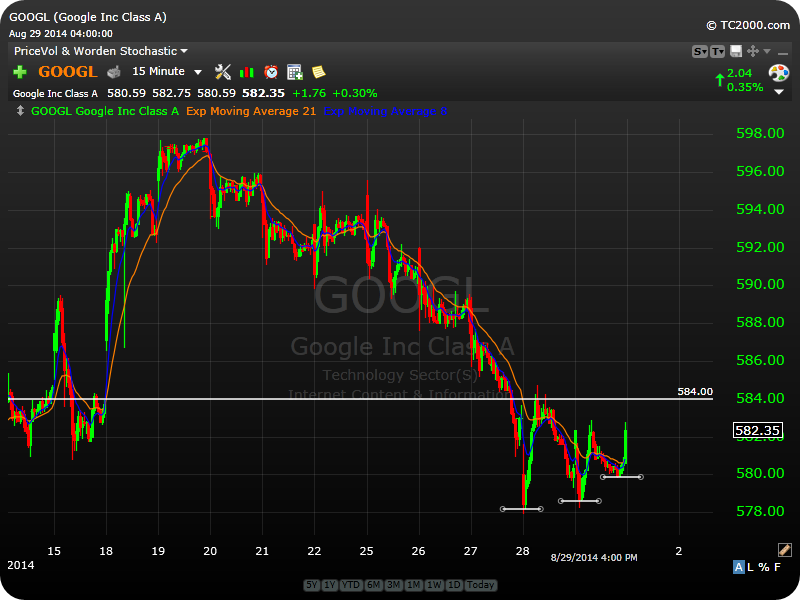 $TSLA what a nice way to finish the week, with a gap higher above recent resistance and new all time highs all in one days work. Tesla has been acting well ever since it reported earnings about a month ago and it’s no surprise that it too has joined the new all time high club. It spent two trading weeks basing out around this previous 265 resistance and Friday was the breakout day. Exactly the type of setup I look for. I do own some Tesla as a swing, not a full position, but some nonetheless. Looks good for higher going forward. 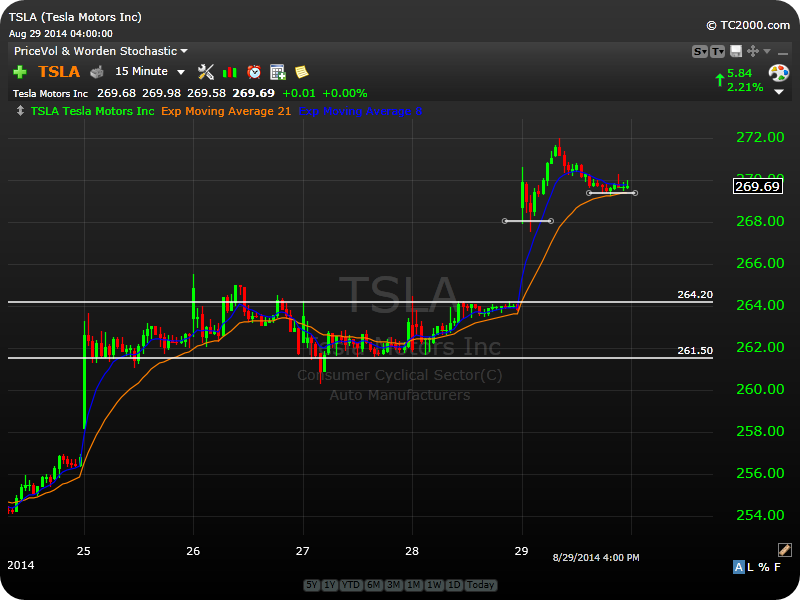 $TWTR more upside continuation from Twitter this week as it briefly traded above the $50 level before selling off a bit and basing out around 49.50 for most of Thursday and Friday. This name looks great for more upside ever since breaking out from $45 just last week. A clear break above $50 next week should bring in a new wave of momentum to the upside. This has been a nice winning trade for our swing trading portfolio and we continue to hold 1/2 of our position from our 45.30 entry. $49 is roughly my trailing stop heading into next week. Looks good. 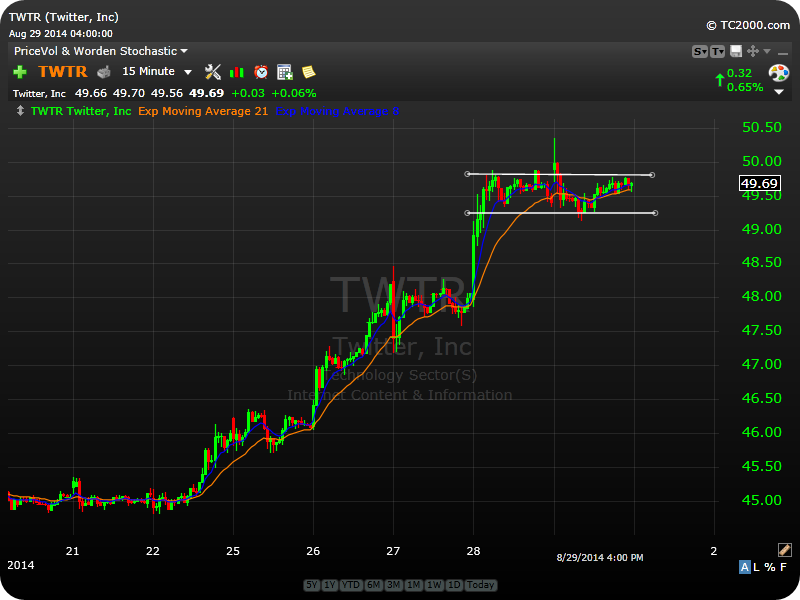