markets poised to make a move

$SPY the first full week of trading in 2014 is in the books and if you haven’t been paying attention, well you haven’t missed a whole lot. The spring is wound up a bit here in the indices after 7 days of relatively tight range trading and the market seems poised for a directional move out of this 183 to 184 range. Given where we are in the context of the longer term trend, the tight new years range, and approaching earnings season, I wouldn’t be surprised to see a pop to new all time highs in anticipation of the bulk of company earning reports later this month. But it doesn’t matter what I think, lets let the market tell us what it wants to do and watch for follow through above 184 and ultimately new highs next week for confirmed signs of a breakout before getting aggressively long. Ultimately if we fail at the highs here and lose 183 support it would likely lead to a swift move lower for a lot of stocks so be sure to watch closely and respect the multi day tight range we’ve carved out until this point. I have some light long positions on in my swing account but I want to see the market tip its hand before I add any more. 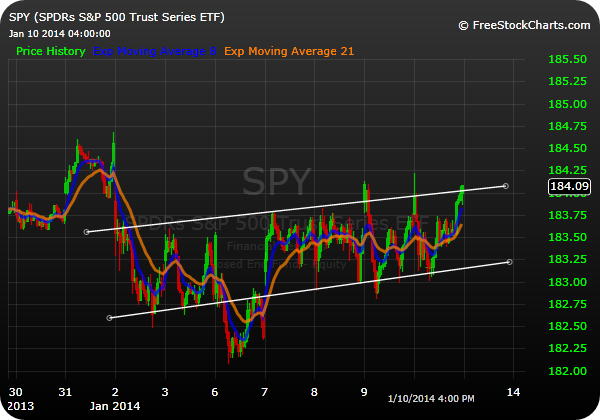 $AAPL one of the laggards in 2014 so far (-5%), Apple continues to sell off from its recent high of 571 post the confirmed China Mobile news. You can’t argue with 30 minute trend here as its been all lower lows and lower highs with a couple of short bases/flags in between. With that said its important to know where the stock has come from and after 40 points of downside within the context of a larger intermediate term uptrend, we would have to believe buyers are interested on these sell offs. 538 is an important level, if the bulls can reclaim that (now) resistance level it would be early signs of a possible reversal or larger base forming at these levels. Otherwise if we break below Friday’s intraday rounded support at 531 next week the downtrend continues. 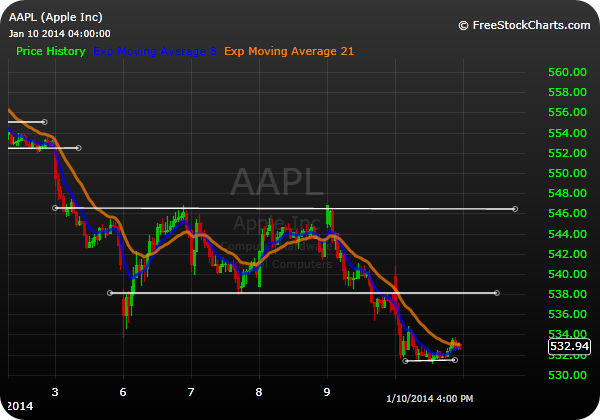 $GOOG pulling back here in flag like fashion a little more aggressively then the indices but all in all its tough be too bearish in Google short and intermediate term. There is very clear support at 1105 or so and I think if you believe in the market at these levels this is a pretty attractive swing long setup going into earnings using that 1105 as a stop (or Fridays lows for tighter risk). I got involved on Friday with small size around 1125 using February call options and because I am a little more active I will use fridays lows as my line in the sand on this position. 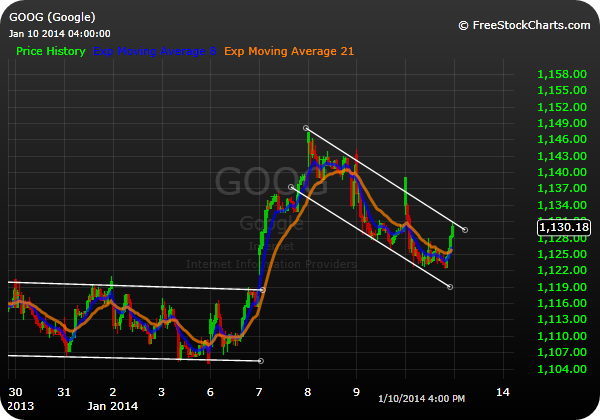 $NFLX continues to breakdown lower ever since it cracked it’s rising channel back in the end of December in the 370s. It’s trading tight within this falling wedge and its possible a snap back may be underway if it can start to break above 335 and then ultimately above 338 to pick up some more momentum. I’m not interested one way or the other on a swing basis however it should provide some nice day trading opportunities in this coming week. 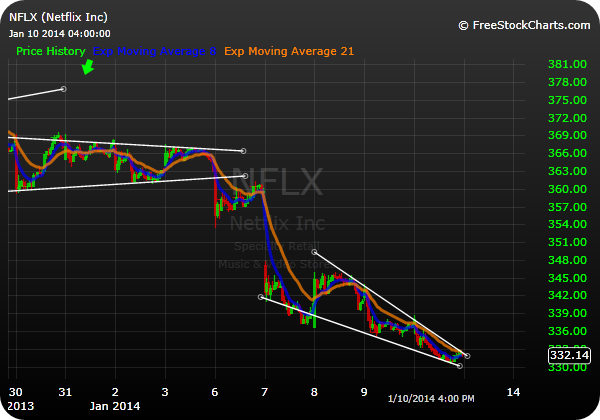 $FB I really like the long setup in Facebook after a very clean leg higher from $54 to $58 the stock has gone sideways digesting the $4 run up like a champ at all time highs. I got involved in my swing account around 57.70 and my line in the sand will be a confirmed breakdown from this horizontal channel, about a dollar stop or so. Above $59 is a nice spot to get involved or add some size on a momentum breakout. 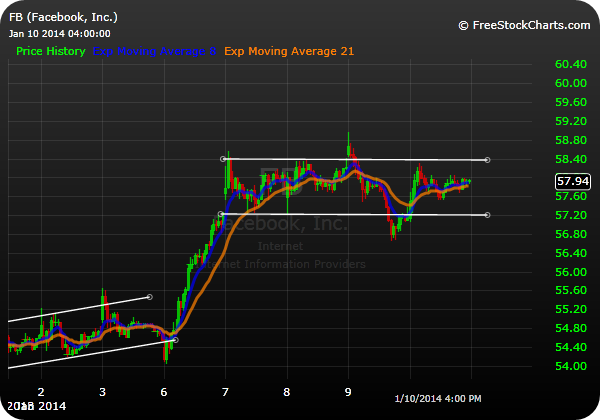 $AMZN bigger picture Amazon is very constructive basing near all time highs, albeit a little sloppy within this $10 range but I don’t see much reason to get involved until it makes another definitive run on $406 all time highs. Because price does appear to be trading a little more loose I wouldn’t be as interested buying into support as I would be buying a breakout.  No position, just on watch. 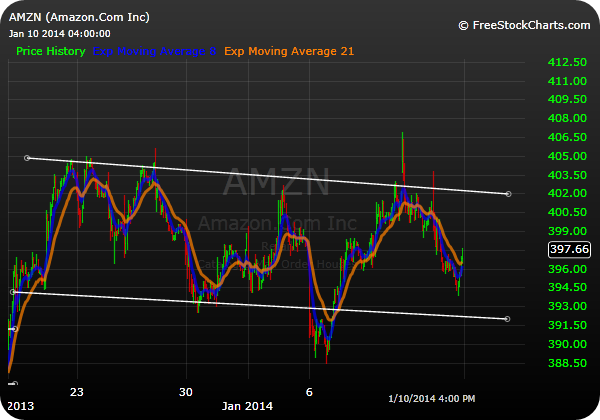 $TSLA filled the gap I had on watch from last week and it still trades semi constructive in this falling channel approaching some more intermediate term support at $140. Doesn’t interest me a whole lot one way or the other, still seems pretty sloppy and there just seems to be better setups to choose from. I’ll give it some time. 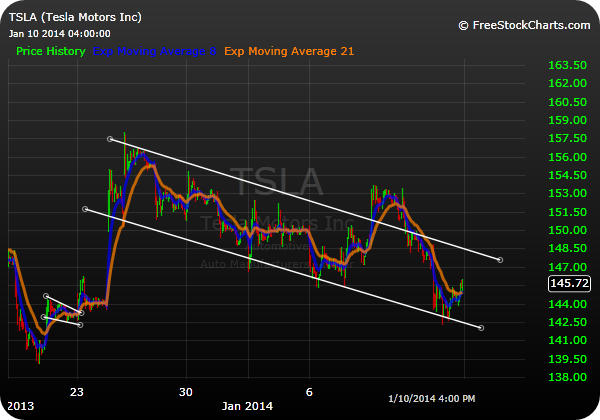