move aside santa–high beta rotation is coming to town

Couple of programming notes before we get started with the weekly recap. I spent some of my thanksgiving break putting on a new look for the blog using a new theme to brighten things up going into the new year. I also recorded a new video showing off the details of my latest NinjaTrader Risk Management Software so I encourage you to take a look at that if you are a NinjaTrader user. And I am still looking for a few people to help test the product, so if that interests you please contact me here or on twitter.

$SPY looking back on this holiday shortened week not a whole lot happened in the indices thanks to Friday’s final 30 minute candle which was a sell bar that gave back 70% of the weekly gains. On the other hand if you had exposure to individual  stocks this past week, namely the high betas, this weeks action painted an entirely different picture. We saw money rotate into this sector and drive breakouts in many of the highly watched names of 2013, validating the analysis I put out in lasts recap why I gave the bulls a second chance. For the indices, it certainly seems like the week to week leadership is taking their turns and much of the “chase” money is rotating around looking for bargains to squeeze into the EOY.  I tend to believe the high betas might cool a bit here after most of these names had a straight 5 day run up but I still believe they could make a second leg higher towards the last week or two of the year, and of course the path of least resistance remains higher. 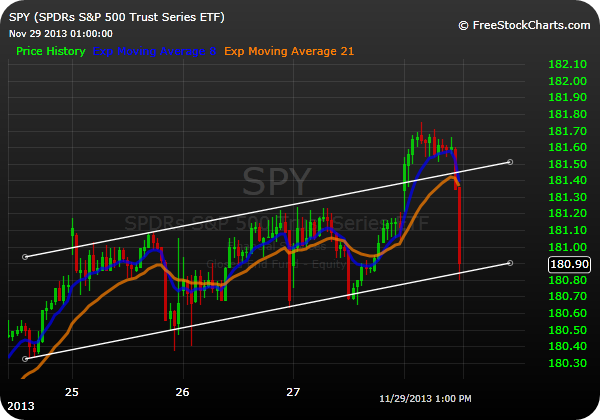 $AAPL was our all-star this week as it powered higher in breakout mode day after day once clearing the 525 resistance level. No real dips to speak of so you either had to, already be involved, be quick to pay up, or get left behind.  The power out of this name certainly took me for surprise, as this was one of my long candidates coming into the week and unfortunately by Tuesday I had already sold about 80% of it and was just left with a smaller position size that ended up getting dumped into Wednesday.  A gain that I am more than happy to take, but certainly disappointing to see it continue on so strongly for the remainder of the week.  I think at this point the name is certainly stretched, I would not want to short it, but its tough for me to want to get back onboard long at these levels. I would like to see some digestion or a dip over the next week or two perhaps to the 50% retracement to get back involved for a possible second leg push into the final days of the year. Time will tell, great looking action, I will continue to day trade but no longer a swing candidate of mine. 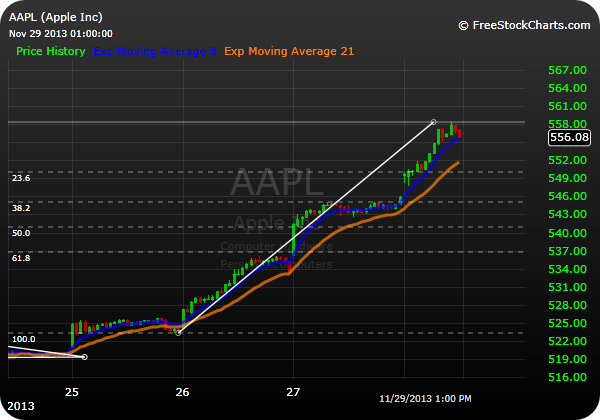 $GOOG a 2013 leader that saw a series of new all time highs this week as it broke out and trended higher into wednesday before slowing down and moving sideways. This is a name that I do still own but again, a much smaller size as I took the bulk of my position off on Tuesday. Its not as stretched as some of the other names are but at the same time I certainly would not want to see Google start to roll over from this high level base it traded in for a couple days. I still like the name, I think there’s more room to run into the end of the year and near all time highs, whats not too like. 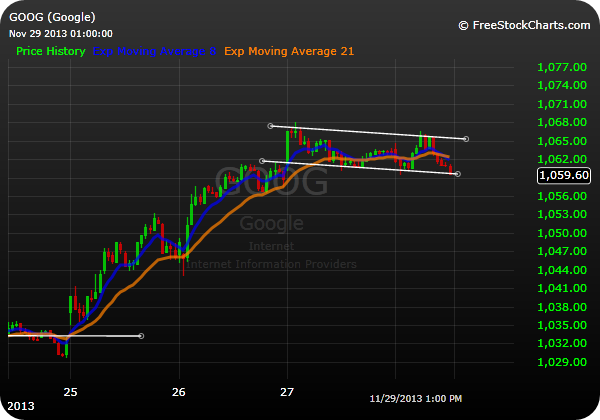 $NFLX 350 was the resistance level I was stalking for some time and we cleared it on Tuesday in a very clean, slow motion-like breakout. Like most of tech, we saw continuation higher for the remainder of the week and there was a second clean flag continuation pattern to take advantage of on Wednesday the 27th which lead to higher prices and new all time closing highs. The way it broke above Tuesdays highs and then immediately coiled up again might be early signs that a larger base is developing around these levels but its too early to tell. Bullish bias, looks good. 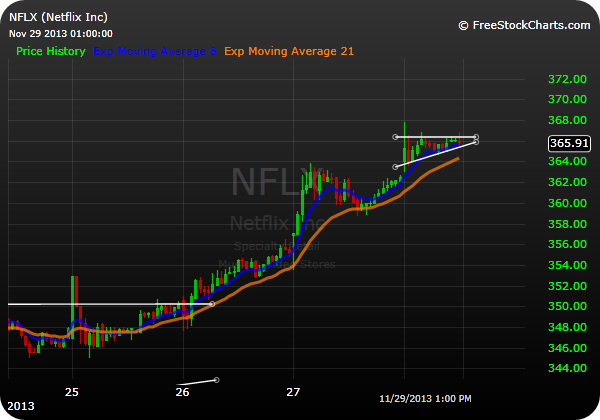 $FB even Facebook got some love this week after a very fast & hard reversal off of the low $43 level. On a weekly chart this weeks candle looks very promising however without upside confirmation its still tough to get real excited on Facebook. As alot of other names in this space are pushing new YTD highs Facebook is still trying to put in a good low to resume its upside trend. 47.30-47.50 should offer some sturdy resistance for the stock so we’ll have to see how it handles that next week. To me, theres just plenty of other better looking setups in this space to spend energy on than here.  I will stick to daytrading this for now. 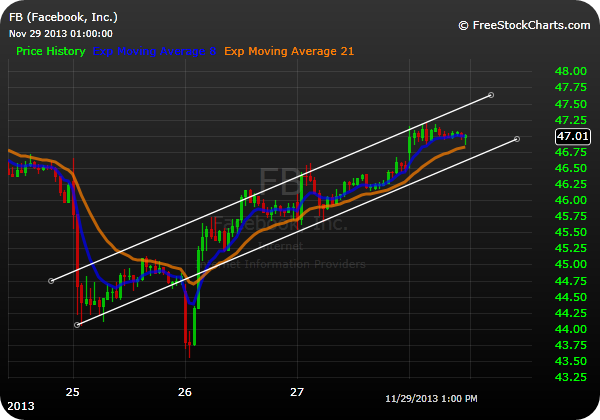 $AMZN another name that broke out this week above YTD highs at 374 and continued to march higher throughout the week. Amazon did give you opportunities to get involved with it after its initial breakout so there were some second chances to take a setup. As it stands now Amazon is pretty overextended and I would not be looking to put on new longs at these levels. It was another name I came into the week holding long but by the end of it I had sold my entire position and now I am now sitting patiently for another opportunity to get back involved. I love names at all time highs so I will be watching this closely next week as a trading vehicle and for a swing entry. 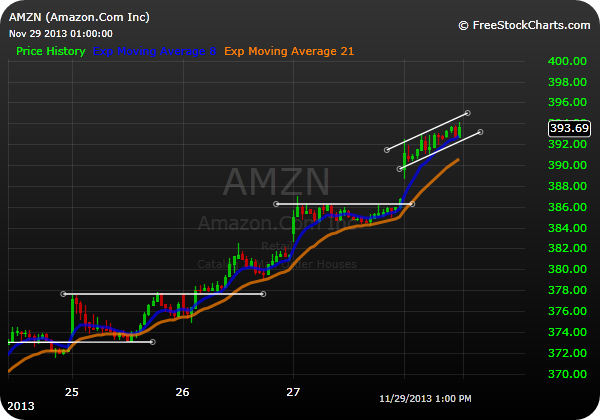 $TSLA similar to facebook (although in much worse shape) Tesla saw a nice reversal that ended up printing a promising looking bullish hammer on the weekly chart. 130 level give or take should offer some resistance and we already saw that take shape on Friday’s fade lower back into the open gap around 127. Tesla really needs to clear 130 to make another leg higher and until then it may continue to be range bound between 115 and 130. Not a name I am interested in much right here given the large number of other better looking setups. I still recommend keeping an eye on it, once sentiment turns bearish enough, especially at these prices, it could result in a nice squeeze higher. 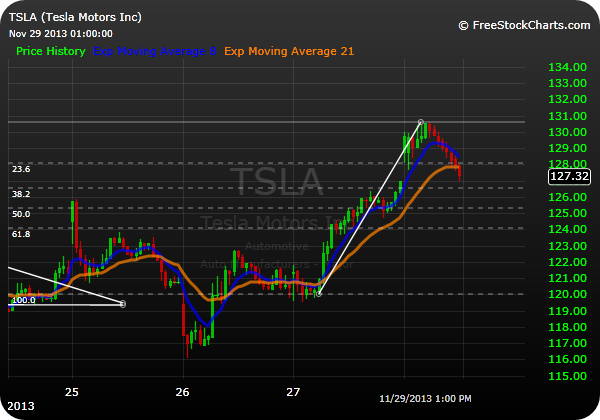