new highs, but whats up with breadth?

$SPY well it’s been a busy week for the markets, and a lot has changed since last weeks market recap. For instance, last Sunday the $SPY was looking like it was going to breakdown below multi week support until the bulls stepped up their game and proved once again the old adage “with failed moves come fast moves”.  So in just 5 trading days we’ve managed to break back into this multi-week range, take out previous resistance, and make new all time highs. Friday was ex-dividend day for the $SPY so really this chart looks slightly more bearish than it should. I’ve dropped the $SPX cash market chart right below the $SPY chart so you can easily see the difference ex-dividend day’s make. On the first chart it looks like we’ve rejected the breakout and we are below previous resistance. On the second chart you can clearly see we have broken out and are trading at highs. So this weeks analysis of the $SPY is the exact opposite of last. We’ve now marginally closed above resistance and we are threatening further upside continuation of this long term trend.

The negative the bulls have going against them right now is the growing concern of underlying breadth as we make new alltime highs in the indices. So there’s a divergence in the number of stocks making new highs along with the indices. Monitoring market internals is an important part of my analysis process however it is not something that would cause me to fade a move or take the other side of a breakout on that information alone. It’s one of those things that can keep ‘signaling’ a yellow caution sign, but it won’t actually matter until it does. For me, that yellow warning signal really translates to just double checking my current positions to be sure I am extra mindful of my outstanding risk, and to reiterate the importance of stock selection. With that said, I am aware of the diverging breadth and I am mindfully bullish so long as we hold above 200 level support going forward. 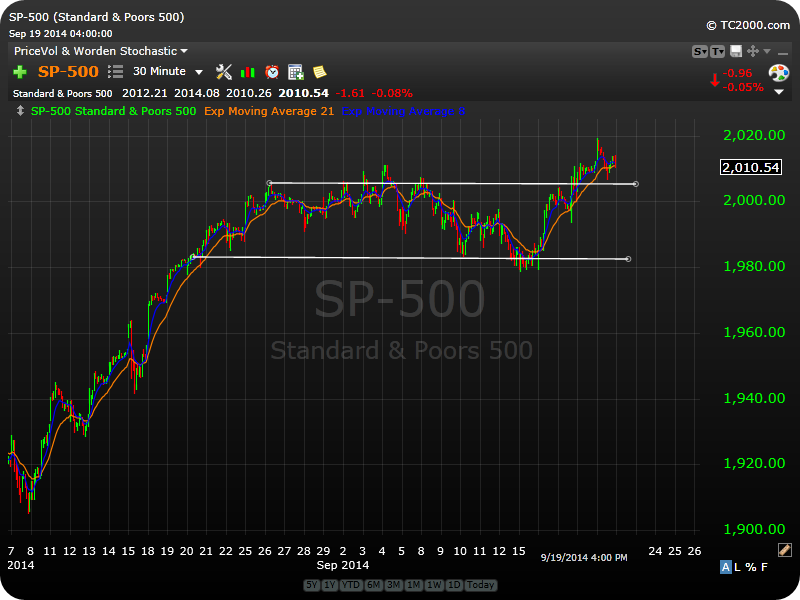 $GOOGL look at this impressive 25 point 5 day move in Google this week as it reversed the downtrend, took out resistance, and closed above 600. I like the strength demonstrated by Google this week and despite it’s recent run up I took a 1/2 sized position long near the close on Friday. If a real breakout is at work here, then this move will likely have more gas in the tank, especially if it can take out all time highs around 615. A little stretched but looks good. 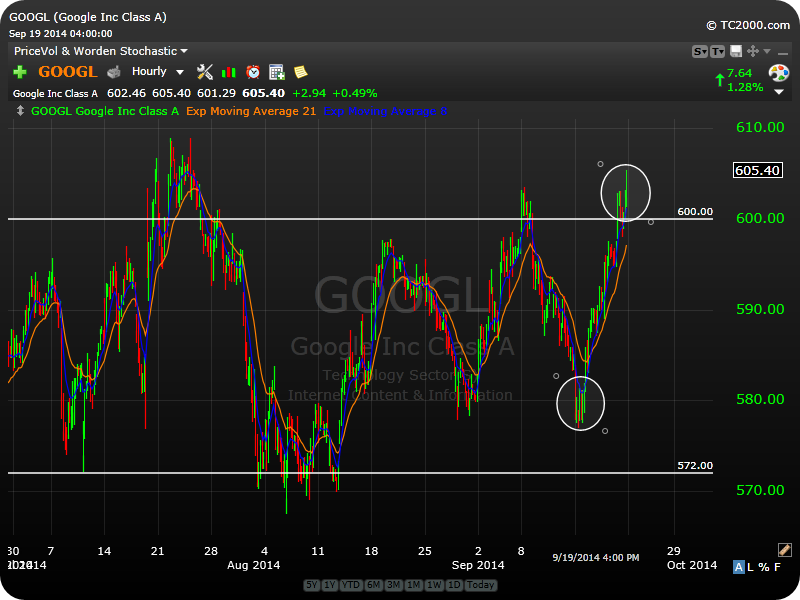 $NFLX so Netflix is a name I unsuccessfully tried to short this week after failing to get any downside traction. The chart still suggests Netflix is in trouble in the near term but we really need to see how this 453-460 range resolves heading into next week. If we can start breaking down below the box drawn here I will very likely re initiate my short position and look for continued trending action lower. On watch.

$FB so the bulls were able to reclaim the rising channel this week and close just shy of all time highs. There appeared to be some shenanigans in a number of names at the end of the day Friday most likely explained by monthly option expiration day (was it quad witching?) and Facebook was one of these names. Despite the weirdness at the close, Facebook staged an impressive recovery from last weeks sell off, and because of this, I initiated a small one half sized position long here looking for continuation. Looks good for higher. 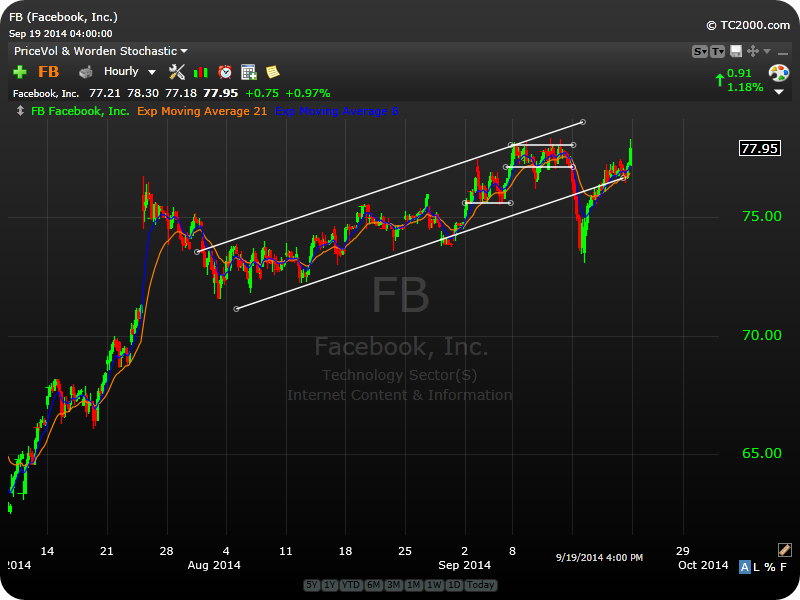 $TSLA here’s a name that is getting more and more interesting. After breaking down below its upper range around 275 Tesla is trying to find its footing near the lower end of this rising channel. As I mentioned in my mid week video recap a few days ago the 250 level is an important line for the bulls to defend to mute any further technical damage. Heading into next week lets keep an eye on 250 support and look for some sideways fill action around these levels. I like the short setup in Netflix a bit more than TSLA but if we start breaking below 250 I may not be able to resist taking a shot short here. On watch. 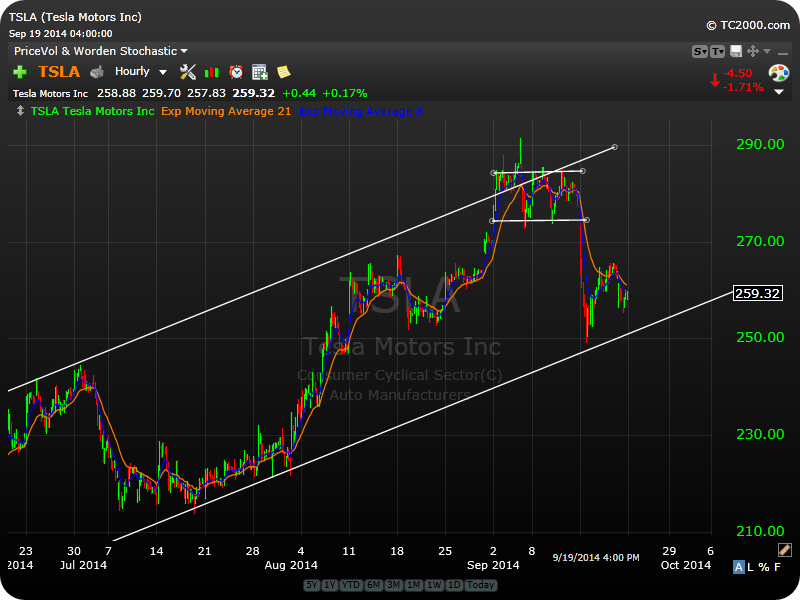