$SPY in last weeks recap, bears have the edge will they press it, I talked about the downtrend in the indices and suggested it was best to remain defensive (bearish even) until the bulls could prove themselves once again. After this week of trading we saw the downtrend continue and something of a short term wash out happen on Wednesday and into Thursday which set up a decent looking reversal to close the week. Looking at this hourly chart you can see we nearly touched the lows in the $SPY made back in the begining of August this year, showing us the potential for a slightly higher pivot low to work against if we can hold around 193. The sharp bounce off of the lows from the week has already gone 4 points in two trading sessions and we’re now bumping up against resistance at 197. Is this another V-shaped rally off the lows? It certainly has all of the right looks to be, but we’re going to need to see it prove itself further. The 4 point bounce in 1 and a half trading sessions is impressive, but notice it didn’t really have much resistance or overhead supply to contend with, it was relatively free to float higher. Now that we’re at the top of this near term (wide) range from 192.50 to 197 the bulls have their work cut out for them to show us how bad they want it. The short term trend continues down, and so my expectations are aligned as such. Volatility has picked up over the past few weeks, adjust those position sizes accordingly and best of luck trading. 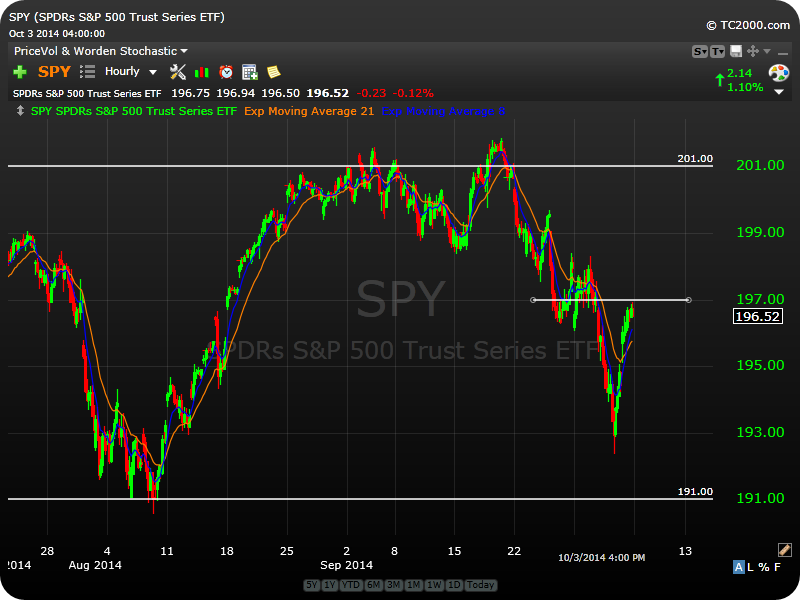 $TSLA last week I wrote about Tesla being one of my favorite short setups, and for good reason. It had been underperforming the markets and disregarding support levels for a few weeks and showed no signs of strength. We saw continued trending lower until Thursday when news hit that kicked off the day with a gap higher which held open to the end of the day, trapping shorts, and rewarded recent dip buyers. The immediate selling pressure has been lifted as a result of Thursday’s gap but Tesla still has more to prove to suggest this downtrend is over. The top of this range and levels of interest really are not until 260-265 and everything under there is just a lot of noise in the bigger picture. 245 – 265 is the wide range i’m watching, seems like it needs more time filling in around here. 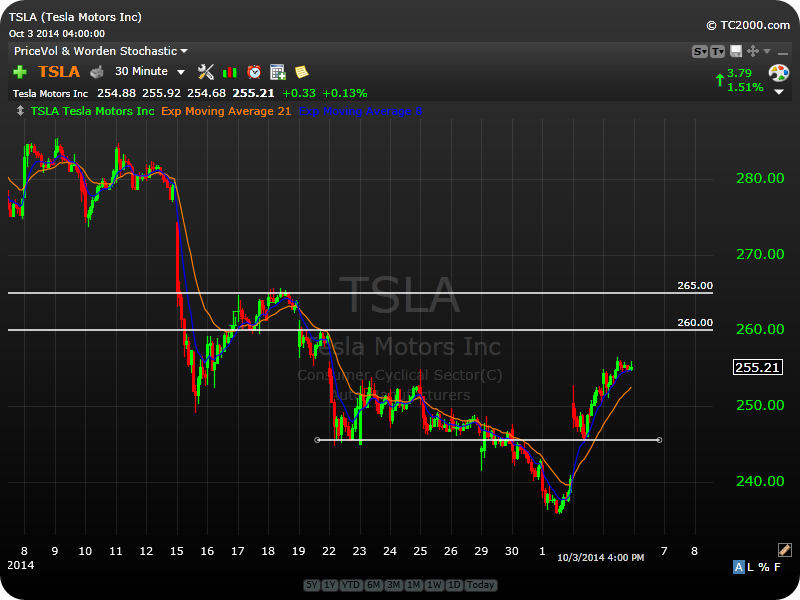 $TWTR here is a good example of a recent outperformer. Twitter had an impressive session Friday as it ramped higher and took out resistance that has been in place for over a month at $53. The move happened quickly out of the open and if you weren’t fast enough to get on board, the rest of the session was just a sideways digestion. This chart looks good as a recent breakout candidate and we’ll want to watch the breakout level ($53) to hold in this coming week. Focus on the leaders like Twitter if you want to own things in this uneasy market environment.

$GPRO first time this ones making my Sunday recap, but that’s certainly not because of a lack of action. GoPro has been a monster over the past few weeks and now we’re finally seeing some signs of two way trading as Thursday had an intraday range of nearly 15%. And it’s days like that which give us some good levels to work with going forward. The immediate tradeable range on watch now is from $80 to $89 and if the bulls can punch through $89 then the next level of resistance would essentially be the highs at $94. I’d like to see this one wrestle around in this 9 point range for a couple weeks before making another attempt at breaking out. On watch, but still an intraday trading vehicle for me until more basing action can fill out. 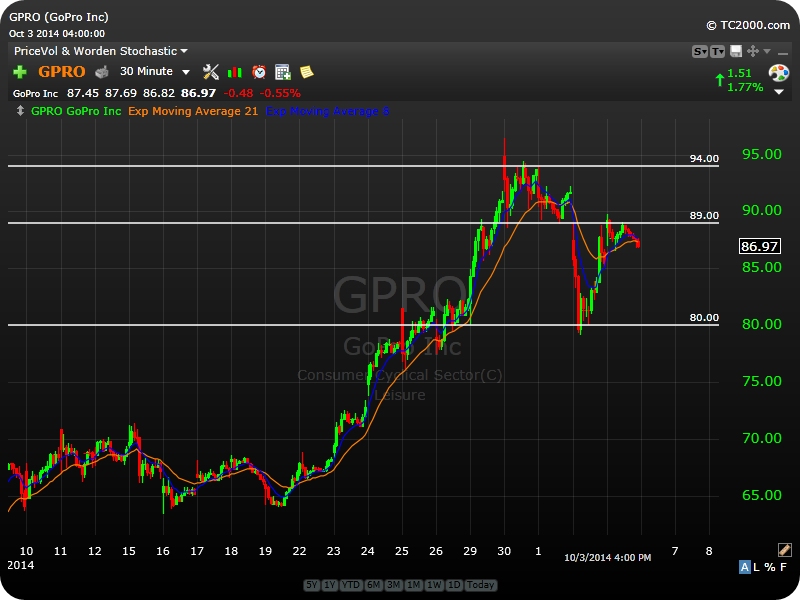 $BABA finally have a couple weeks of trading to work with since it’s IPO and it is starting to get interesting for a potential trade setup. I like the extended band of resistance that is forming cleanly between 88.50 and 90.50 and that gives us a great area of resistance to work with. As long as $BABA hangs out below this zone it’s in danger of continuing it’s post IPO downtrend. On the other hand, if we can get a break above 90.50 then that could signal the potential reversal in the name and lead to a nice breakout. Keep this on close watch, it can move fast when it decides to go. 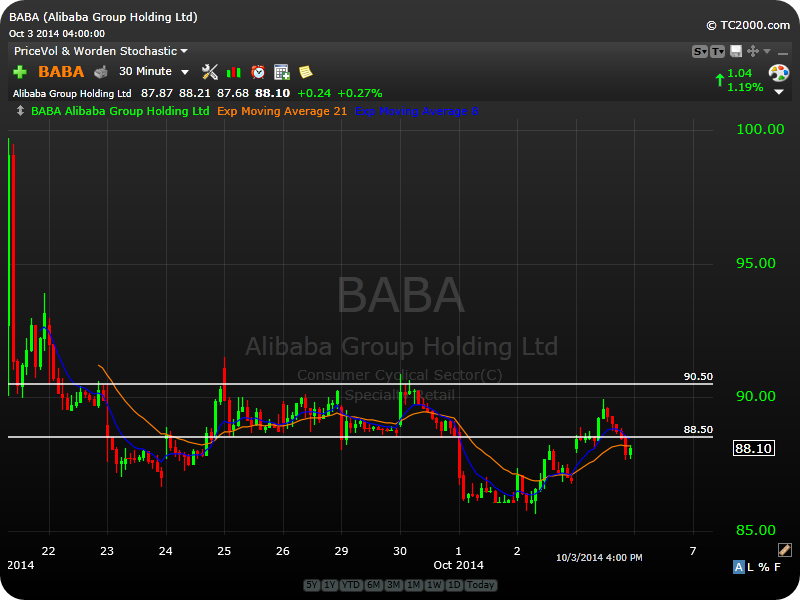