$SPY let’s take a look at the weekly charts this week to smooth out some of this recent whipsaw. Specifically let me draw your attention to that rectangle which contains back to back re-tests of the 208 area. Both tests lead to sharp bounces back to the top of the range (212) where we continue to see this index struggle. The double bottom test and hold of support is bullish behavior but we’ve seen this story before. All year the market has been failing at the highs and the lows, classic range bound behavior. So , will this re-test of the highs be any different? The bulls are looking for a clear breakout above 212 to confirm this week’s action. Let’s take a look under the hood of the market with the next chart. 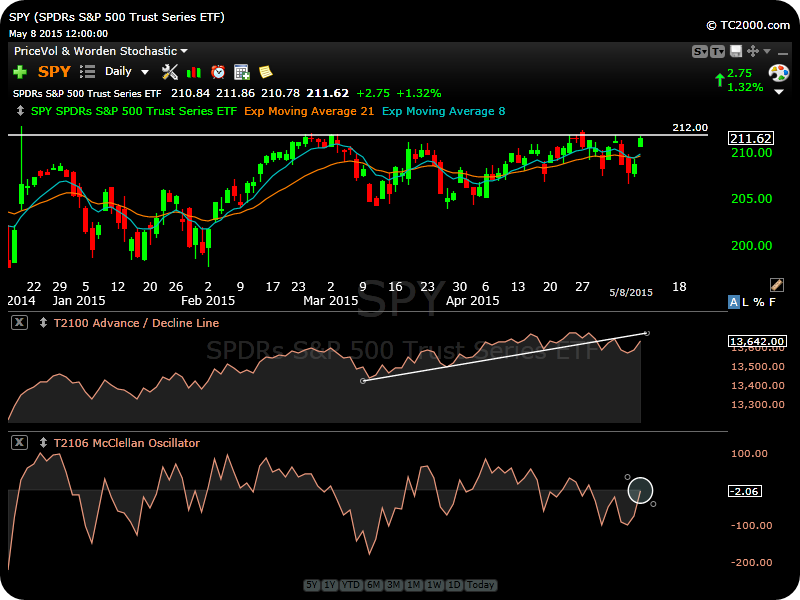 $SPY we’re looking at a daily timeframe at the top, the cumulative advance/decline line in the middle, and the McClellan oscillator on the bottom. The AD was riding that rising trendline higher for the month of March and most of April but you can see we did break below it a few weeks ago and now we’re trying to get back above. If we want to nit pick this relationship against the $SPY there is some slight negative divergence creeping in, but it’s still minor at this point. The more interesting case would come next week, if we do breakout in the $SPY, does it happen on negatively diverging participation? That would be a warning sign that I would take notice of. Next is the McClellan, and we are now back at the 0 line, an important area for this indicator. Again, next week if we do get a breakout in the market, what we want to see is this punch through the 0 line and make a decisive move to positive territory. Hovering around negative, is not what you want to see if we begin making new highs in the indices. All in all, very neutral internals with an ever so slight negative bias. I’ll be watching these two close. 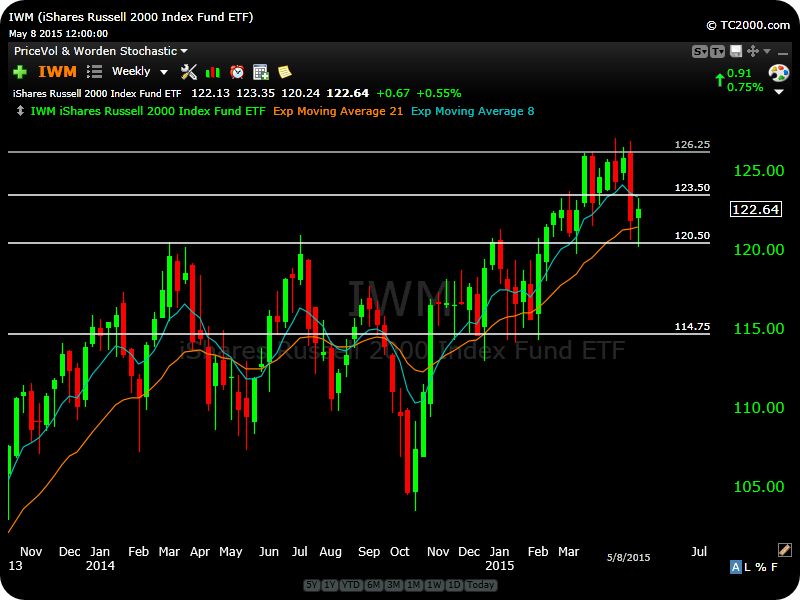 $IWM the small caps had been the leader’s all year and especially thanks to last week’s action, they are now trailing both the $SPY and the $QQQ in YTD gains. We’re looking at a weekly chart and we can see while we did manage to put in a 55 basis point up move, we failed short of re-tracing even 50% of last weeks candle. The action here is a bit concerning and it does make me wonder if this is trying to tell the story of what’s to come in the other indices. We don’t want to get too bearish from just two candlesticks, but we do want to be aware. Keep an eye on this week’s lows at 120.50 and let’s see if we can reclaim 123.50 heading into next week. 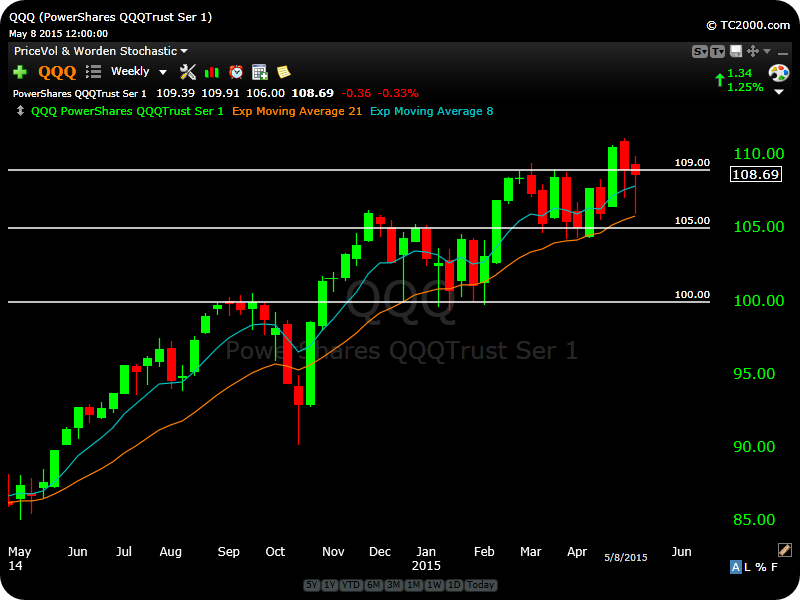 $QQQ was the laggard this week closing red, down 33 basis points. Despite the red close, the range traveled and thrust off the lows was impressive by the bulls as they continue to be firmly in control on this weekly time-frame. Not too much else to add, structurally everything looks peachy.