$SPY Spent the week putting in a very healthy sideways consolidation after a 4 week melt up to all time highs. Intermediate term the market remains very bullish, especially given the snap back we saw Friday after briefly making new weekly lows. Earnings season overall has been good, I do not know the exact numbers but last I read there was a favorable amount of upside surprises this quarter. We closed on Friday right into this short term resistance level at 169.10ish but a breach above there should have us back to all time highs in short order. I do expect new highs to come later this week, but for now we remain in this horizontal channel at all time highs. It is tough to be bearish here until more signs of topping action pile up. 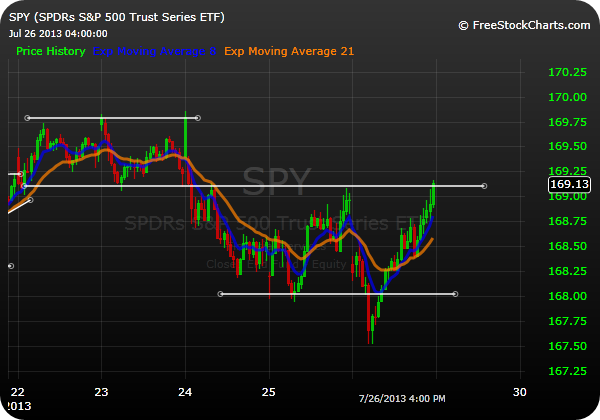 $AAPL Combine negative sentiment with low earnings expectations and what do you get ? A nice little upside pop post report on some average numbers. We saw initial follow through Wednesday morning following the report and then some down to sideways action for the rest of the week. Levels are pretty clear here, 434 will get you into the gap and 438 offered multiday support. On the upside you have 442-445 level which does coincide with some larger trendline resistance levels from the daily chart. It should be a pretty good battle around these levels in apple and if the bulls can hold onto this gap and get a close above 444 we could be in store for a much more sustained move higher. Time will tell, I don’t have an opinion right now on the upcoming direction but given the close we got on Friday I would expect a retest of these recent highs early next week. 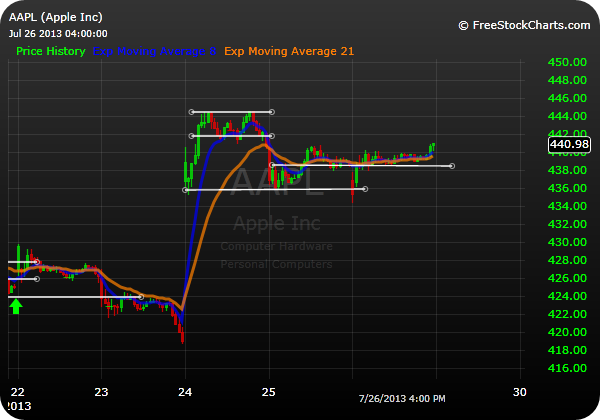 $GOOG cooling off a bit this week after a very nice bull bounce last week after the initial earnings sell off. Last week I identified a measured move to about 917 and you can see we fell a few points short of my target. 900 tried to offer support for a few days until Thursday’s gap down below that short term floor created a gap and go waterfall effect into Friday. Longer term the chart is fine as we can already see early signs of basing action off the 880 level. Moving averages and momentum remain in sell mode but if we can break this intraday downtrend line we could see a move back up to retest the gap. 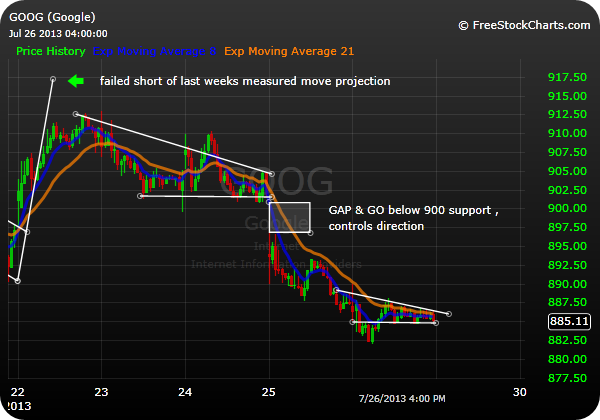 $NFLX similar to Google we saw sellers in control this week post earnings release. It’s carved out a nice 3 day base so far at these low 240s so we’ll need to see which direction this one resolves next week. The next intermediate term levels I would watch after a resolve out of this weeks range would be 263 on the upside and 225 to the downside. The bears haven’t had much luck at all this year breaking out of these ranges to the downside so lets see if the character has changed this time around given the latest earnings. 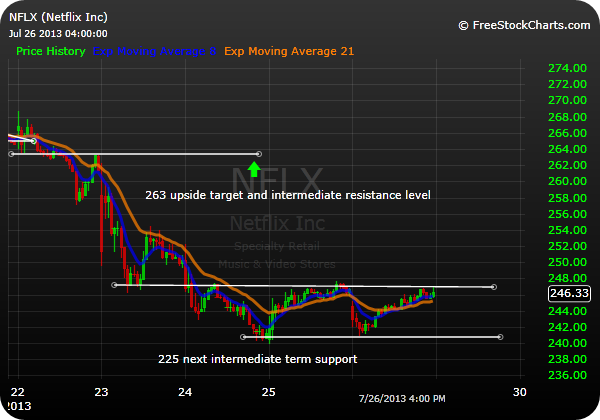 $FB congratulations to all the longs in this name after seeing a nearly 30% spike after earnings! This name is definitely in play going forward. We could expect to see an extended period of consolidation after such a large move so we may need to be patient with this name. Think Netflix after the massive gaps higher it had this year and what followed both times was horizontal bases “digesting” each earnings spike higher. We’ll have to watch this name the coming weeks to see how the price action develops at these levels. 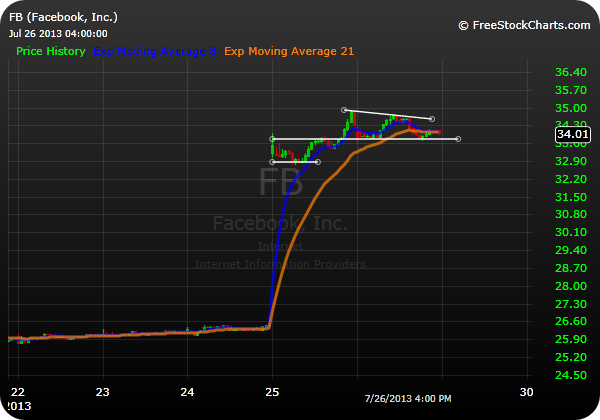 $AMZN awesome price action for the bulls after an earnings ‘miss’ on the top and bottom line. I love seeing such outrage on the streams regarding this name. A company that struggles to return positive EPS makes people think the easy money has to be shorting this name and yet the big players bought this up all day friday closing it at new all time highs. Technical beauty, with such bearish sentiment makes for a  perfect vehicle to buy, put a stop in and just let it just do it’s thing. Top of my long list for the week ahead, looks great. Trade what you see, not what you think. 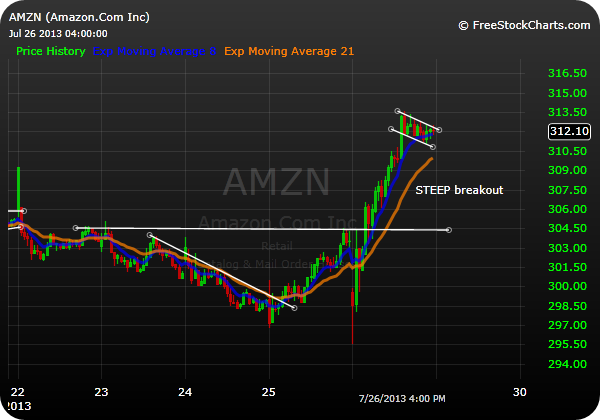