Example Of Why Your First Loss Is Your Best Loss

$CEMP was a trade we put on last week.

It was a breakout play from a high tight base following a longer term consolidation that started in August.

The setup, seen below, was about as good as it gets. 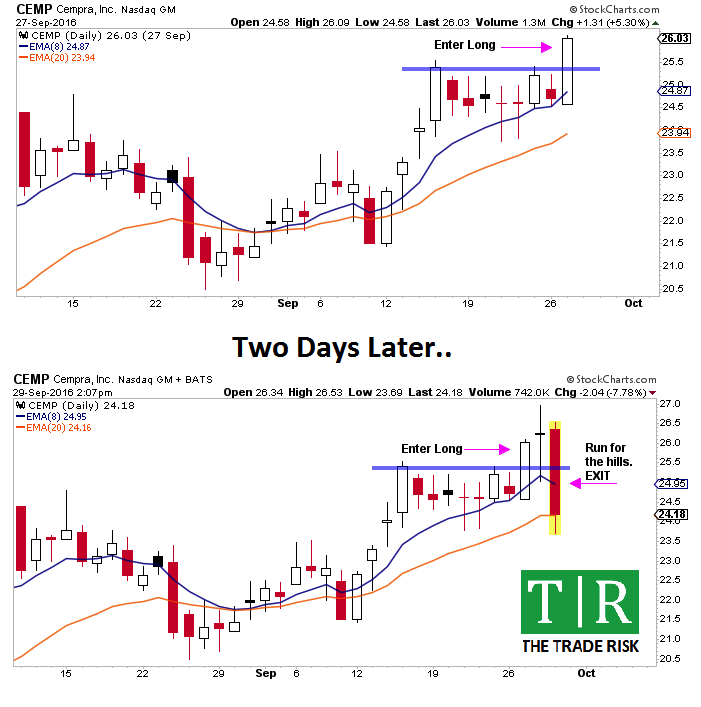 But look at what happened.

As perfect as that initial setup was, the market screamed rejection of that breakout just two days later.

We were left with no choice but to exit our position intraday on Thursday below $25 as the stock traded below the prior days low and well within the prior range.

This, by the way, was the general narrative of many of our breakouts throughout the month of September due to the lack of overall market momentum.

Here’s a look at CEMP today.

I write this post as a reminder of how important it is to remain objective and honor your stop losses and trading plans when the market does its part in clearly telegraphing it’s intentions.

If you need help following a consistent swing trading process, check us out.

Good luck out there.