The market has been a mess over the past few months.

We’ve chopped around in micro ranges, and moved sideways with a slight downward bias ever since we made new all time highs in the $SPY back in August.

One indicator that has identified oversold bounce levels over this period is the McClellan Oscillator. 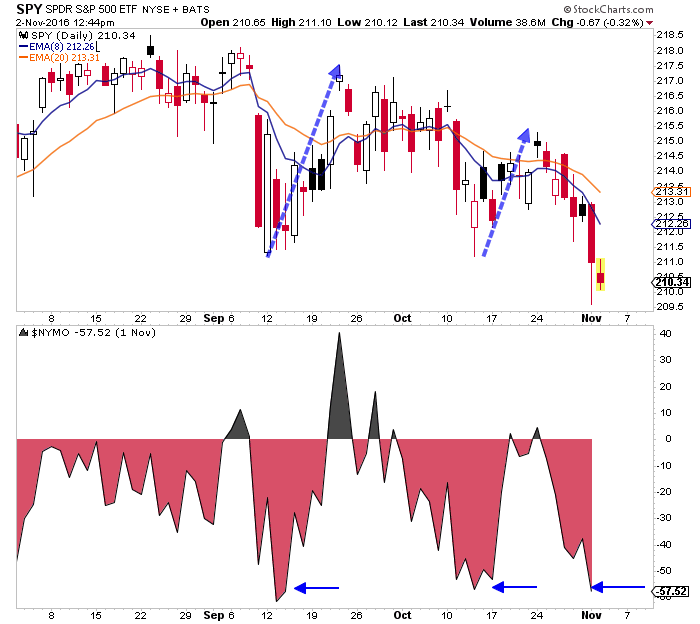 Using the classic +/- 60 overbought/oversold readings, we can see  the market staged a multi day rally shortly after the $NYMO printed -60 readings over this time.

In September it was good for about a 6 point bounce in the SPY and in October, roughly 4 points.

In fact if you were to look back at the McClellan throughout all of 2016, this general reading has coincided with many more short term bottoms in the SPY excluding the month of January when we saw it persist at extreme oversold readings for an extended period of time (and thats ultimately the risk).

There’s no way to know for sure if it will be accurate this time around, but at the very least it does provide some added context around recent price action.

I’ll have more in depth coverage on the markets after the bell today in our usual midweek market recap video.

Thanks for reading, and good luck out there.