the craziest session i’ve ever traded

Monday August 24, 2015 was the craziest session I’ve ever traded.

My trading days didn’t start until the end of 2009.

That means I never experienced first-hand events such as the dot-com bear market of 2000 or the financial crisis of 2008.

Breakouts have been difficult and short-lived, and every time the bears had made some progress to the downside we v-shaped to new highs faster than anyone thought possible.

Breadth became a concern for many as readings like the advance-decline line and number of stocks at new highs began diverging negatively from price since roughly June. But the market kept on its sideways dance, ignoring warning signs from these various indicators.

On Monday the 17th, the market kicked off the week with a strong upside move from the center of its range, and it looked like the bulls were going to run with it all week. Tuesday’s session ended as a quiet inside day holding at the top 80% of Monday’s bar. And then it was Wednesday’s session following an FOMC meeting that would go on to set this market in motion to the downside.

Thursday closed the largest down day year to date: -2.09%

Friday closed with our new largest down day year to date: -3.11%

And Monday once again stole the title with the largest down day of the year at -4.09%

But it wasn’t just a -4.09% down day that made this day so intense. It was the prints shortly after the open across nearly all individual stocks and indices that made things so crazy.

Keep in mind that many names were already beaten down from the prior week. Take a look at this chart to see some of the numbers and performance.

These aren’t exactly small cap names. These are the big boys. And it’s not a hand picked list, there were lots of other examples in other sectors suffering this same fallout in such short order.

The opening of Monday’s session was straight up panic. Most of the names on the above list were approaching 30% price declines in just a matter of 6 sessions.

Something I’ve never seen happen across such a wide group of names. 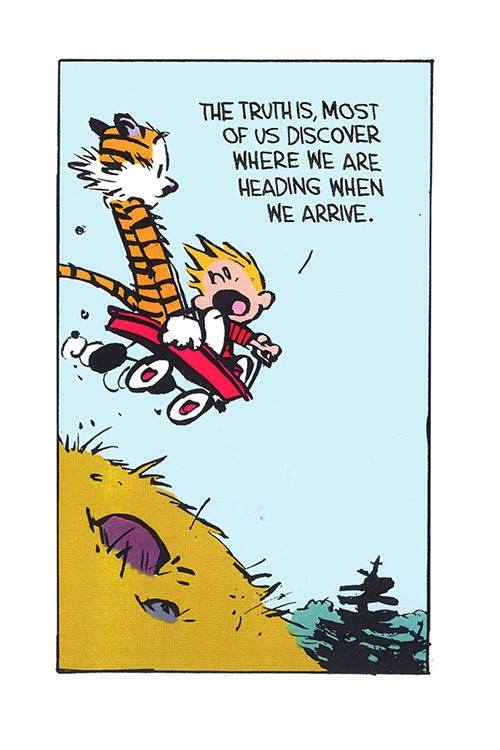 When you look back on a chart, it’s so easy to see trades. Why? Because you’re looking back objectively with perfect market vision. It’s easy to see breakouts and breakdowns and think to yourself, “oh that’s obvious, just buy/short the break!”

You’re not reading the markets infected with the previous baggage or influence from the recent day in and day out trading or the slew of social media opinions.

So when a real change of character move finally comes strolling through, it’s going to catch people off guard. And often times when the real move comes, it does so with incredible intensity, just as we saw in this scenario with accelerating losses for 3 consecutive days.

When big shifts happen, people aren’t ready for them. It’s natural for traders to want to continue with their old habits, especially if they have been working. The market does a great job at catching even the most objective and reactive traders off guard.

I’ve gained so much confidence in my system

It’s difficult times like these, when the rubber really meets the road, you gain appreciation for having (and following) a sound process. The benefit of the way we trade is that we naturally increase our exposure during the good times, and we reduce it during the bad.

We didn’t need to know the bottom was going to fall out from under the floorboards on Monday. All we had to do is respect our stop losses. And because markets were accelerating lower over this time we had no new trade signals setting up for us to put on exposure.

We are simply able to outperform the averages by sitting in cash and doing nothing. This really reinforced how valuable trading only breakouts (strength) can be. It has a natural ability to keep you out of harm’s way when things are at their worst.

Once again, risk management is the only free lunch

Market sell-offs are manageable. Pullbacks, retracements, all of that is standard and expected behavior for the run-of-the-mill market environment.

When the market no longer cares about the rules of “oversold” or “fair value” or how much something is down in a straight line, that’s when things get concerning. It’s simply a dash for the exit doors as the market mechanics of forced liquidations and fear take over.

There is nothing that can save you in times like that except for risk management and proper position sizing.